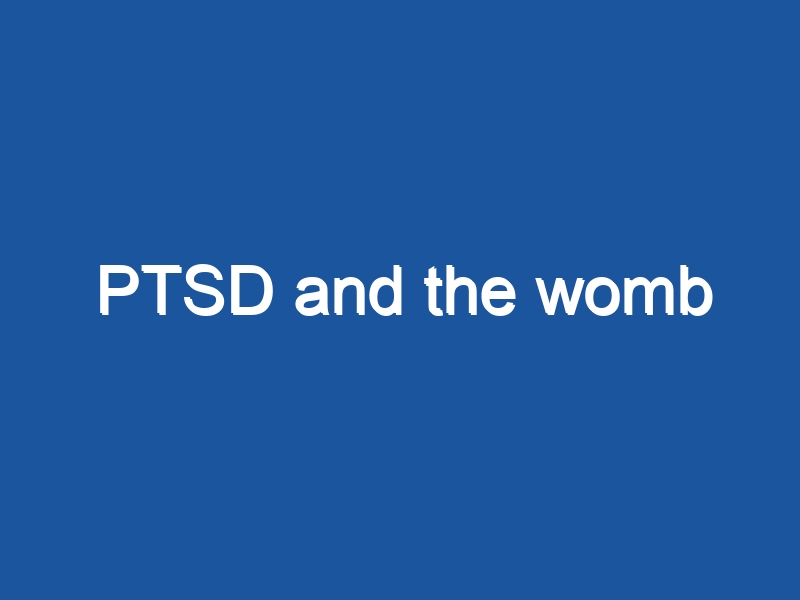 We know the psychological effect of war on a solder, we know the effects of trauma from a traumatic event in a person’s life – a shooting either to oneself or seen in person, an accident that takes a life, a rape etc.

We know that alcohol and drug use affect an unborn child in the mother’s womb. – cause lifelong physical, behavioral, and intellectual disabilities.

Some of the behavioral and intellectual disabilities of people with FASDs (Fetal alcohol spectrum disorders) include: · Difficulty with learning or memory

But can an unborn child be affected by mental, verbal or psychological abuse in the womb?? Can an unborn child experience PTSD due to trauma caused to its mother or other outside sources? A mother who lives in a neighborhood of violence, gun fire, fighting with someone can the outside source affect her fetus? I have watched children reacted to stimuli that normally would not have bother other children. Example: Fear of loud male voice from someone they whom they know. If his/her mother was abused mentally, verbally, physically, can an unborn child be affected? Does emotional, verbal, mental abuse also affect her child?

My theory is this: If an unborn child can be affected by outside of the womb from sources IE: Music, sounds of a parent speaking to them, then is also stands to reason that the same should be said about other stimuli as well. If the child feels its mothers’ emotions and those emotions are caused by mental, verbal, or physical abuse. Why then shouldn’t affect the unborn child later outside the womb?

For many people there is a negative reaction from certain stimuli, a person may experience an uncontrollable need to fight or flight. Yet not have a reason, yet nothing in their experience, or in childhood that they can remember would cause such strong emotion or reaction.

What if a pregnant woman experienced verbal abuse, mental abuse from a spouse and as the child grows up into adulthood, they continually look for acceptance in the way verbal reward, positive reinforcement etc.? What if the child grows up experiencing shame but there is no external reason in their life, but that his/her mothers experienced it?