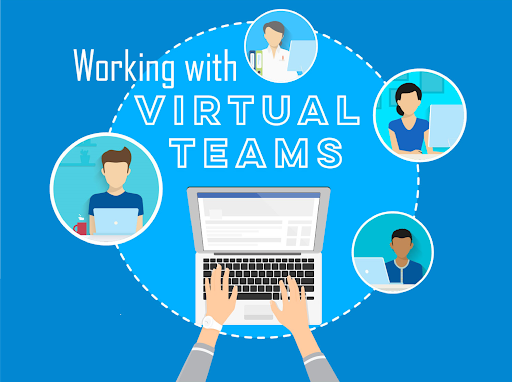 Introductory Scripture
“This Good News about the kingdom will be spread throughout the world as a testimony to all nations. Then the end will come. (Mat 24:14 GW).

This must have been an amazing statement to disciples who viewed salvation primarily for the Jews (Mt 10:6, 15:24).  Additionally, their view of the Earth was very limited.  They had never seen a globe, or an image from space, or an accurate world map.  As far as they were concerned, they could reach the whole world in their lifetime. They could have never dreamed that there would be a day when people would use GPS for directions, and look at the street corner views of every turn on their path using Google.

The Bible would have been written very differently had Jesus come in the 21st century.  The majority of the New Testament is composed of personal letters written to people from the Bible authors.  If the Bible would have been written in modern times it probably would have formed as a collection of emails, blogs, or social network status updates.  A real question to consider is why some people who read the previous sentence tend to smile at the thought of the disciples having Twitter and Facebook accounts.  The thought of it is no more absurd than the idea that they would also travel by automobiles as opposed to camels.

Over the last 100 years technology has advanced human communication is ways the world has never before known. Technology that once drove desktop computers 15 years ago is now considered miniscule in comparison to the smartphones that fit in the palms of hands.  These devices provide new methods of communication such as email, internet, and personal computer synchronization.  Advancements such as these have also have created new opportunities for the spreading of the Gospel that much of the church has not even scratched the surface of consideration.

Jesus said, “Worldly people are more clever than spiritually-minded people when it comes to dealing with others” (Luk 16:8 GW).

Organizational leaders are beginning to understand the value of non-traditional education and experiences.  Interestingly, it is not technical skills that seem to be the object of demand in today’s market.  Research spanning some 20 years demonstrates that personality, and good interpersonal skills are strongly related to employment success and promotion (Howard & Bray, 1990; Hartmann, Larsen & Nyborg, 2009).  These attributes are sometimes referred to as people skills, interpersonal skills, or soft skills.  People who exhibit these qualities are described as self-aware, good communicators, having the ability to negotiate, initiate conflict resolution, seekers of mutual understanding, and being good team-players (Baker, 2009).

Shouldn’t all of these qualities already describe Christians?

The growing demand for people skills is likely due to the increase in communication opportunities on personal, local, national and even global levels.  Current progression is ushering a global economy that is revolutionizing the ways in which organizations communicate.  One example is the practice of using teams to meet objectives.  This is becoming a common approach to modern productivity methods.  Even more so, virtual teams are rising to levels of great interest to secular management.  Such teams are characterized by selected groups of people who work together toward mutual objectives across the boundaries of time, space, and geographical locations.  These are opportunities for ministry that the Apostles could have only dreamed of having.

A survey of more than 375 manages “revealed that about 20% of the managers worked predominantly as a member of a virtual team, and about 40% worked at least temporarily in virtual teams” (Hertel, Konradt, & Voss, 2006, p. 478).  These numbers are from 2006, which means that they are old by now.  The implication is that far more managers are now working in virtual environments.  The popularity of these teams is attributed to the interconnectedness of people from every part of the world that has generated a global marketplace.  With the widespread availability of communication technology, these connections are expected to continue rising.  As a response to contemporary business needs, even universities are beginning to require students to work together on teams as preparation for their careers.  Some schools are even requiring their residential students to take one online class every semester.  As Choi, Deek and Im (2009) demonstrate, well suited teams tend to make better quality decisions.  Interestingly, this is attributed to proper inclusion of diverse personality factors.

1. The way in which technology is advancing creates new opportunities for ministry that churches have not even remotely tapped. Practitioners of ministry looking for places to advance the kingdom of God should consider this rich soil just waiting to be harvested.

2. Working on virtual teams offers fresh perspectives to ministry, develops new communication skills, technical knowledge, and experience which is valued by employers in the 21st century.

Pretend you are a member of a church that averages 1,000 in regular attendance. The church selected you to serve a team that the leadership organized to make a decision about a missions opportunity in Afghanistan.

The team has been informed that missionaries are working in that area and have successfully established clusters of small groups conducting worship services underground.  The missionaries have requested that your church organize the technology necessary to offer theological training to the pastors leading the underground churches.  The plan is to use webcams to meet with the elders of your church once a week for Bible training and prayer.

Your team has been given the responsibility to determine how much of the church budget should fund this mission.  The real issue is not the money, but how your team will reach a final decision.  Below are your only four options:

A) Majority Vote – More than 50% of the team makes the decision.

Benefits include time savings, and that the team’s energy is conserved for decisions that require consensus.

Drawbacks include the potential hiding of minority opinion, and the fact that decisions may not be supported by the entire team.

Scripture for Consideration:
Without counsel plans fail, but with many advisers they succeed. (Pro 15:22 ESV).

B) Multi-voting – Each team member gets multiple votes; their top choices get more weight.  The team’s top choice is the item with the most individual points.

Benefits include time savings, and the fact that each team member has equal input.

Drawbacks include the fact that you don’t know why team members voted one choice higher than another, and that votes may be too close to be useful if the team wants to select only one option.

Scripture for Consideration:
Iron sharpens iron, and one man sharpens another. (Pro 27:17 ESV).

C) Unanimous Vote – All team members agree with and support the decision.

Benefits include that the team must discuss many issues, and that a sense of solidarity is conveyed to those outside of the team.

Drawbacks include that these decisions are the hardest to reach, and that its difficult to please everyone.

Scripture for Consideration:
I appeal to you, brothers, by the name of our Lord Jesus Christ, that all of you agree, and that there be no divisions among you, but that you be united in the same mind and the same judgment. (1Co 1:10 ESV).

D) Consensus – Everybody has a say, not all team members agree with the decision but will support the implementation of the decision.

Benefits include that everyone “owns” the decision, team commitment and trust are created, all sides of each issue are aired, and everyone gets to voice his or her opinion.

Drawbacks include the length of time it takes, the process is difficult to manage, and it can be overused.

Scripture for Consideration:
We who are strong have an obligation to bear with the failings of the weak, and not to please ourselves. Let each of us please his neighbor for his good, to build him up. (Rom 15:1-2 ESV).

Opportunity to apply this information.

As a team, please complete the following:

1) Discuss the “benefits” and “drawbacks” of each of the four decision options.

2) Consider the scriptures associated with each choice.

3) After considering the scriptures, select one of the four options as the means by which to reach consensus.

4) Offer the rationale of the team in selecting your option.  Specifically, explain how the Bible guided the choice your team made.