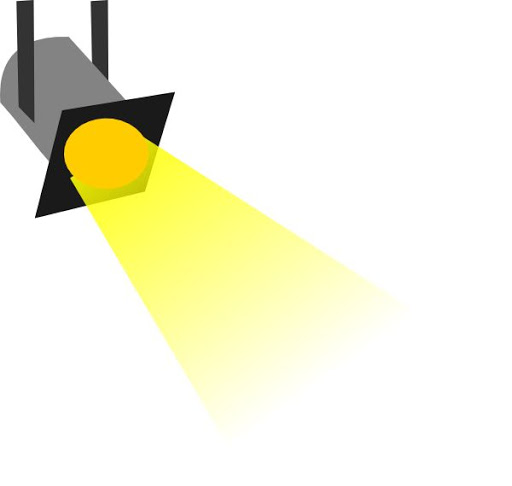 Amazing Stories of our NACM member ministers for encouragement in the Lord!

But a lot went on before our Brother made it to this point.  Here’s his testimony of hope in Christ through some amazing challenges:

Phillip was born and raised on Chicago’s Southside, by his single Mom. They moved once to another neighborhood to escape the gangs and violence, but later returned to their southside home where Hanks excelled in basketball.  At 6’3” he found his rhythm on the hardwood as a shooting guard. College recruits took notice!

But family came first. He started working at age 10 with a paper route. At age 15 he moved to Chattanooga, TN to help care for an ailing grandparent. After earning his GED he landed a job in finance and customer service. A tragic shooting drove Hanks to set higher goals for his career and his future. He began learning the workings and terminology of information technology. Over time, he earned the attention of some reputable tech companies and landed a job – working his way up the ladder from the Help Desk to IT director.

“My mother instilled in me that when someone says you can’t do something, you prove them wrong,” said Hanks. I didn’t have a father growing up. My mother was my best friend. She was a mother and a father. As far back as I can remember, she encouraged me to have a relationship with God.” His mother died in 1995 and he’s spent the years since, practicing her life lessons.

In November of 2007, Hanks developed Hepatitis C resulting in his first transplant surgery – a liver – back home in Illinois. He also discovered that he has Type II diabetes. Shortly after the transplant, his wife announced she was pregnant with their youngest child.

“We named her Aliya (which means “most high”) Grace for the grace that God had on me to see me through the first liver transplant,” said Hanks. That youngest child turns 13 in July. The same month marks a milestone in Hanks’ recovery.

It’s been a long road that started in December of 2019. Hanks and his family were spending the holidays with relatives in Texas. During a pick-up game of basketball, Hanks felt a sudden sharp pain shoot up his arm and down his back. By the next day, the pain was so intense it brought him to tears. A few days later, he was back home and in the emergency room.

“After a month and a half of poking and prodding, they were still unable to find the source of my pain. However, they did discover that I needed a new liver, and that I was in stage four kidney failure because of the ibuprofen that I was popping like candy to relieve the pain,” said Hanks. “Basically my diabetes put stress on my kidneys and liver, so when I took the large amounts of ibuprofen, it pushed my kidneys over the edge.”

After a second opinion, Hanks began considering the possibility of another transplant.

“When I began to lose hope, the doctor referred me to a doctor in Indianapolis that could do a multivisceral transplant, which is what I needed to have,” said Hanks. He and his wife drove three hours and met Dr. Richard Mangus, along with clinical transplant coordinator Allison Brown.

“When Dr. Mangus told me that I would be receiving six organs it freaked me out. I always have to maintain my composure but this time I calmly asked to be excused to the bathroom where I began my meltdown,” said Hanks. “As I tried collecting myself together, I began speaking to God. He reminded me of his promise that he would be there, and that he had not left me so far, so why would he leave me now. He also said that he would use me as a testimony to his glory.”

Two days after his 50th birthday, Hanks received a call to return to Indianapolis. He had an organ donor.

“Family and friends prayed their hearts out for me, and I believe that God at that moment touched me, because this time around I was very calm and ok with what was about to happen. It was evident, after two non-eventful seven-hour, and four-hour surgeries, that God kept his promise to bless and keep me,” said Hanks.

On April 26 the first five organs were transplanted – a small intestine, stomach, liver, bowel and pancreas. The following day he received a new kidney. What happened in the days that followed was what Hanks and his wife call a “miracle.”

After his first transplant in 2007, he remained in a coma for five days and it took him months to recover.

“This time, he was walking around the hospital the day after his transplant,” said his wife. “Three hours after surgery he asked for a paper and pencil and asked to have his breathing tube removed. He kept insisting and when he passed all the tests they took the tube out and he kept improving every hour.”

In the weeks that followed, Hanks and his wife remained in Indianapolis for close monitoring.

I am very happy with the doctors and nurses. I’ve stayed in a few hospitals for months at a time and this is probably the best. In fact, I’d say this is top-notch. Dr. Mangus has extraordinary skills and I’d say his team is the best,” said Hanks. “I take no credit for my remarkable recovery and I give all the glory to God. I was just a passenger and God did all the rest. I thank him for keeping his promise.”

And how about that movie version of Hanks’ life?

Throughout his journey, he has recorded videos with Dr. Mangus and his nurse coordinator, Allison Brown, in hopes of creating a documentary. He plans to apply his life lessons by giving back to the community. One way he’ll do that is through his non-profit, “Changing Visions,” a startup committed to helping people change their lives. He’s also thought about becoming an ordained minister.

“I’m still trying to figure it out, but, the way the world is, all I can do is focus on what God wants me to do.”

THANK YOU BROTHER PHILLIP FOR SHARING YOUR STORY as PART OF GOD’S ONGOING STORY !

Truly “Many are the troubles of the righteous, BUT the Lord God goes with them through them all”  [PSALM 34:19]