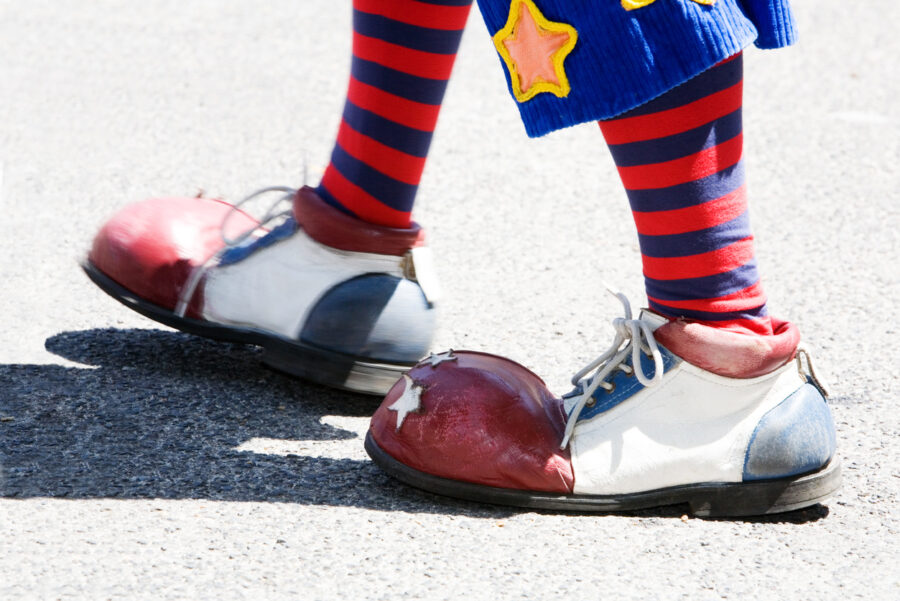 Article By DENNIS PRAGER, Syndicated from The Stram.org

Equipping Christians to Think Clearly About the Political, Economic and Moral Issues of Our Day.

The West has gone through many eras — the so-called Dark Ages, the Renaissance, the Age of Reason, the Enlightenment, the Industrial Age, and the Post-Modern. The present era is the Age of the Absurd.

In terms of the absurdities the cultural elites believe, and have convinced masses of people to believe, there has never been a time like today.

Here is a list of the most ridiculous that immediately come to mind.

Heading the list has to be the radical redefinition — indeed, denial of — sex and gender, leading to such reality-defying statements as “men give birth,” “men menstruate,” “birthing person” instead of “mother,” and to the Disney theme parks no longer greeting visitors as “ladies and gentlemen” or “boys and girls.”

No. 2: It is Fair to Allow Biological Men to Compete in Women’s Sports?

We are supposed to believe that biological men do not have an innate physical advantage in competing against women. This is asserted as truth by every Ivy League university, virtually every other university, most high schools, and by virtually all the elite media.

No. 3: Defund Police and Crime Will Decrease

We are supposed to believe that with fewer police we will have less violent crime. Any 10-year-old recognizes the sentiment as absurd.

Columbia University and many other universities have all-black dormitories and all-black graduations. They maintain that race-based segregation is not racist. Opposition to it is.

Because human sexuality is “not binary,” languages with gendered nouns must be neutered, leading to labeling Latinos “Latinx.” That virtually no one from or living in Latin America uses this absurd word does not faze The New York Times or your local university.

No. 6: Your Race Matters

Its insignificance is easily demonstrated. If you know the color of a person’s skin, do you know anything about the person? The answer, of course, is, no. If I know your race, I know nothing else about you. And if I think I can determine anything about you on the basis of your race, I am a racist.

No. 7: Diversity is Strength — and the Happiest Countries in the World are Finland, Norway, Denmark, and Iceland

It is an axiom of the woke, the home of the absurd, that “diversity is our greatest strength.” Yet, The New York Times, the leading media voice of the Age of the Absurd, featured an opinion piece about the happiest countries in the world. The second paragraph began, “Finland, Norway, Denmark, and Iceland led the 2018 ranking of the World Happiness Report.”

Not once did The Times or the writer note that the four “happiest” countries in the world are not at all diverse. In fact, they are among the least diverse countries in the Western world. They are almost entirely white, almost entirely Protestant Christian (or from a Protestant Christian background), and all their citizens speak the same language. America, on the other hand, is by far the most radical experiment in racial, religious, and ethnic diversity.

No. 8: Free Speech Does Not Allow for Hate Speech

No. 9: You’re Not a Human Being Until You’re Born

There is no need to believe in God or in any religion to understand the absurdity of this assertion. If we are not human beings until birth, what are we five minutes — or five months — prior to birth, when we have a heartbeat and brain waves? Nonhuman?

Abject poverty has been the norm for nearly all people throughout history. Yet, in the last century alone, billions of people have been lifted out of poverty. And there is only one reason: capitalism.

No. 11: America is Systemically Racist

The manifest absurdity of this claim is easily demonstrated. In the past decades, more than three million black people have immigrated to America from Africa and the Caribbean. And probably tens of millions more would like to. Are all these people fools — choosing to move to a systemically racist country? Are they ignorant — unaware that America is systemically racist?

The non-absurd know the answers: all these blacks are neither fools nor ignorant. They know how lucky they are to move to America — because this country is so tolerant and so overwhelmingly non-racist. People don’t move to countries that hate them. No Jews moved to Germany in the 1930s.

We live in the Age of the Absurd. The only question is, why? I think I know the answer and will discuss it in a future column. In the meantime, share these 11 absurdities with friends and relatives, especially with those who actually think they make sense.