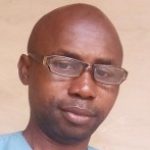 On March 30th we posted the following NACM OFFICIAL ANNOUNCEMENT (below) about our NACM Nigerian Elder Freewater Issah’s life-threatening situation, and felt led by the Spirit to help him and his family escape to a safe location outside Nigeria, as was his intentions.   Yesterday, APRIL 3rd, Brother Freewater messaged me to let me know that the Lord has guided him instead to stay in Nigerian, as many Christians have come to him for encouragement and he feels now the Lord wants him to remain and encourage believers there in standing strong in Christ in the face of this persecution.

So He has asked that we would cease to raise funds now that plans have changed.  So as of today, April 4th, Easter Sunday, complying with Freewater’s wishes, we are stopping the GoFundMe account; the money that was donated we will send to Freewater’s account there (safely by direct deposit: $800 as of today), which will help him and his family to keep shelter and obtain food (often they can only afford one meal a day).  THANK YOU from Brother Freewater, as he wished me to relay, to all who are praying and contributed; PLEASE CONTINUE TO PRAY for our Elder Freewater, his family, and all the other believers there that the Lord would keep them safe, that the USA & United Nations would put pressure on the Nigerian government to stop these Fulani attacks on Christians, and that He would empower the believers to stand strong and be united.

ATTENTION NACM MEMBERS: THIS IS AN OFFICIAL NACM ANNOUNCEMENT 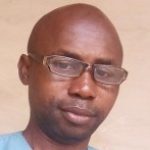 We are sharing a very important message about a SPECIAL PROJECT unlike anything we’ve done before.  You may be well aware that there are increasing persecutions against Christians, our Brothers & Sisters in Christ in several countries, by which they are being targeted by Muslim radicals: stealing their livestock (or killing them), overtaking their properties, abducting wives and young children (to enslave, abuse or sell), and often killing the men/husbands (even beheading).

We’ve come to know this more FIRST HAND through some of our own NACM members living and ministering in these increasingly dangerous areas!  One of our member ministers in Nigeria, Rev Freewater Nathaniel Issah – who is also our Lead Elder for Nigeria (for many years now) and founder of a Bible seminary there, training young men called into ministry – has had his farm and livestock destroyed, been threatened to be abducted and killed twice and escaped, and with his wife and children fled to a southern area of Nigeria – which also is increasingly seeing persecution there now as well.

SO PLEASE EARNESTLY PRAY FOR ELDER FREEWATER & FAMILY: and all the Nigerian Christians seeking refuge.  ALSO PLEASE PRAY THAT THE PRESENT USA ADMINISTRATION, CONGRESS & UNITED NATIONS WILL PUT PRESSURE ON NIGERIA’S PRESIDENT & GOVERNMENT to stop this!  (There are Christian lawyers/congressmen already trying to do this!)

After growing up in the suburbs of Pittsburgh PA in a church-going, moral family, I went on to college (Kent State Univ. 1970) for architecture; but I was also introduced into the drug-using, drinking/partying culture of the late 60's, early 70's. Yet it was there that I came to Christ in 1972; the more I sinned, the more the emptiness within.  A man was passing out paperback New Testaments on the campus, and though I grew up churched, I never really read the Bible myself or heard the true Gospel.  After reading through the Gospel of Matthew and experiencing conviction by the words of Jesus ("What shall a man profit if he gains the whole world but loses his soul", I just knew He died on that cross for my sinfulness.  When I read that He was risen and alive, I went to my knees and asked Him to forgive me and make Himself known to me.  He did!  I experienced a tremendous sense of love I'd never felt before.  Immediately I felt called into ministry and completed my training in a Christian college and then seminary (Asbury Theological Seminary: MDiv with emphasis in pastoring and cross-cultural missions).

I also had a calling to minister among Native People.  Completing seminary, I followed His lead from Ohio to Seattle, Washington, to plant a Native church: which by His amazing grace, we did (with my wife and son, and a few Native Christians with the same Vision).  That lasted from 1988 to 2002; then we regrouped into a ministry called Eagle Wings Native American Ministries, with a clearer focus in ministering for recovery from past abuse and chemical dependency. This ministry is continuing currently.

So have been in ministry 50 years, by His grace.  I came across the NACM in 2010, was impressed to join and soon after became Vice President and Executive Elder along with NACM President and founder, Rev Michael Mooney.  It has been an amazing and blessed adventure to minister to fellow ministers!  I love to encourage in fellowship, discuss theological matters as well as present day challenges in ministry, and teach ministry skills courses. I also oversee our NACM Elders and our Chaplaincy Program.

I learn so much from NACM member ministers I get to know and engage with!  This is truly a remarkable fellowship and ministerial association.  I am humbled by the testimonies of how the Lord has worked in so many lives and called so many into ministry.  Will a huge blessing to be part of an organization of Christians who love the Lord, want to be used effectively by Him to reach others and pastor His Flock!