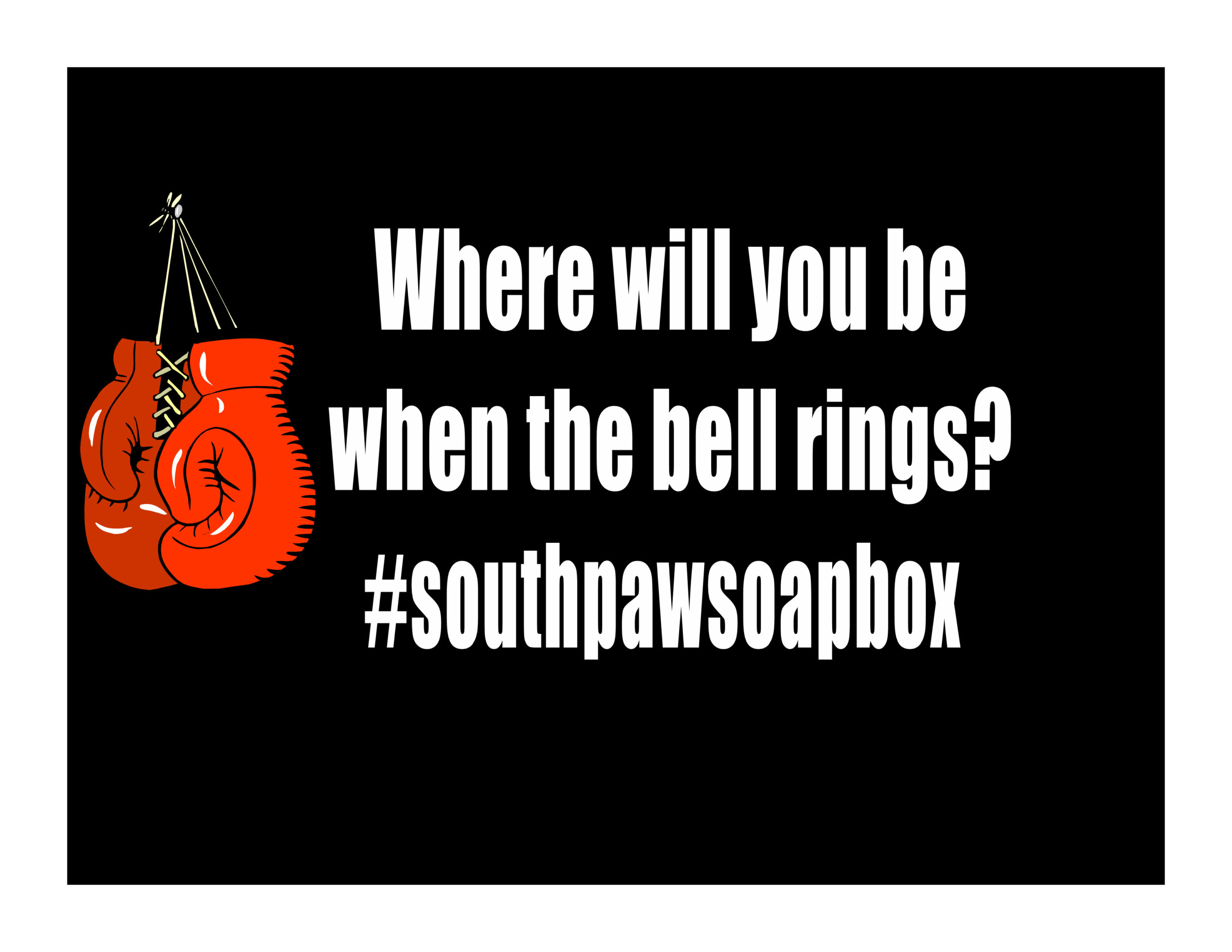 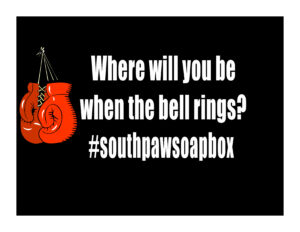 Boxing is all about winning the fight at the end. There are only three ways to win: Score the most points by the end of the fight, knock your opponent out or cause him to not be able to finish the fight for whatever reason. If a fighter is knocked down, he has to the count of 10 to get back on his feet before he’s considered knocked out.
In life, how you handle trouble matters a lot. Do you ignore it, complain about it, blame others or do you make things right? Perhaps you believe you’re doing well in life. You try your best to do good things and be nice to people, you might even believe in God. However, the question is:
Where will you be when the bell rings?
The thing about a boxing match is the fighters know they only have a couple of minutes before the bell rings. When the bell rings, no more fighting is allowed. Nobody knows when it will ring except the one ringing the bell. There have been boxing matches where it looks to everyone else in the room that someone won the fight, yet the referee is giving the prize to the other person. There have also been matches where the winner knocks out their opponent and suddenly there is no doubt who won the match.
Life is very similar in that sense. There’s a problem we all face at the end of our lives. Death is the bell that rings at the end of the fight of our lives. We don’t know when it will sound, but we do know that when it does our lives are judged. God is the one ringing the bell and He’s the one judging. He uses the 10 commandments as the score card.
Let’s see how your score card looks so far:
-Have you ever lied? A person who lies is a liar.
-Have you ever stolen? A person who steals is a thief.
-Have you ever used God’s name as a curse word? That’s called blasphemy and God takes that very seriously. Why does He take this so seriously? How would you like it if billions of people replaced curse words with your name, or only used your name when something bad happens? Names matter to each and every one of us, and it certainly matters to God.
“But I say to you that for every idle word men may speak, they will give account of it in the day of judgment. For by your words you will be justified, and by your words you will be condemned.” Matthew 12:36-37
-Have you ever hated someone? God sees hatred as murder in the heart. Read the words of Jesus as He explains why hating someone is just as serious as murder.
“You have heard that it was said to those of old, ‘You shall not murder, and whoever murders will be in danger of the judgment.’ But I say to you that whoever is angry with his brother without a cause shall be in danger of the judgment. And whoever says to his brother, ‘Raca!’shall be in danger of the council. But whoever says, ‘You fool!’ shall be in danger of hell fire.” Matthew 5:21-22
What does it mean to be angry with someone without cause? If someone commits a crime, to demand worse for them than what the law requires is anger without cause. For instance, if someone cuts you off on the highway, to wish they were to drive off the overpass and die is anger without cause. This sort of unchecked emotion is what leads to someone ending another person’s life. This is important to understand because God sees your thoughts and will hold them accountable as though they were actions.
-Perhaps you’ve never openly cheated on your boyfriend/girlfriend/husband/wife, but look at what Jesus has to say about adultery.
“You have heard that it was said to those of old, ‘You shall not commit adultery.’ But I say to you that whoever looks at a woman to lust for her has already committed adultery with her in his heart.” Matthew 5:27-28
Yes, to even look at someone lustfully is the same as having an affair with them according to the standard of God. That includes pornography and “checking someone out.”
As you can see, God’s scoring system doesn’t mess around. If you thought you were doing well before, there’s a good chance looking at the 10 Commandments might have you questioning yourself. Can you afford to be like one of the fighters who everyone thought would win the fight, only to find out you actually lost?
Make no mistake, this sin in your life will find you guilty before Almighty God at the end of your life. The consequences of sin is an eternity in a place called hell. This is a fight you’re unable to win on your own and can’t afford to lose. It’s literally a matter of grave concern!
The Good News: God sent His only Son Jesus Christ to die on the cross for your sin. Then on the 3rd day He rose from the dead, thus beating death’s count on your behalf! This is a free gift offered to you by God and it’s the only way to win this fight. Trusting in Jesus Christ as the only way to wash you of your sins and to enter Heaven is the real knockout of your life. In Jesus Christ, there will be no doubt that you won the fight when the bell rings. Don’t put this off, you need to trust in Jesus Christ and turn from your sins before it’s too late. Where will you be when the bell rings?