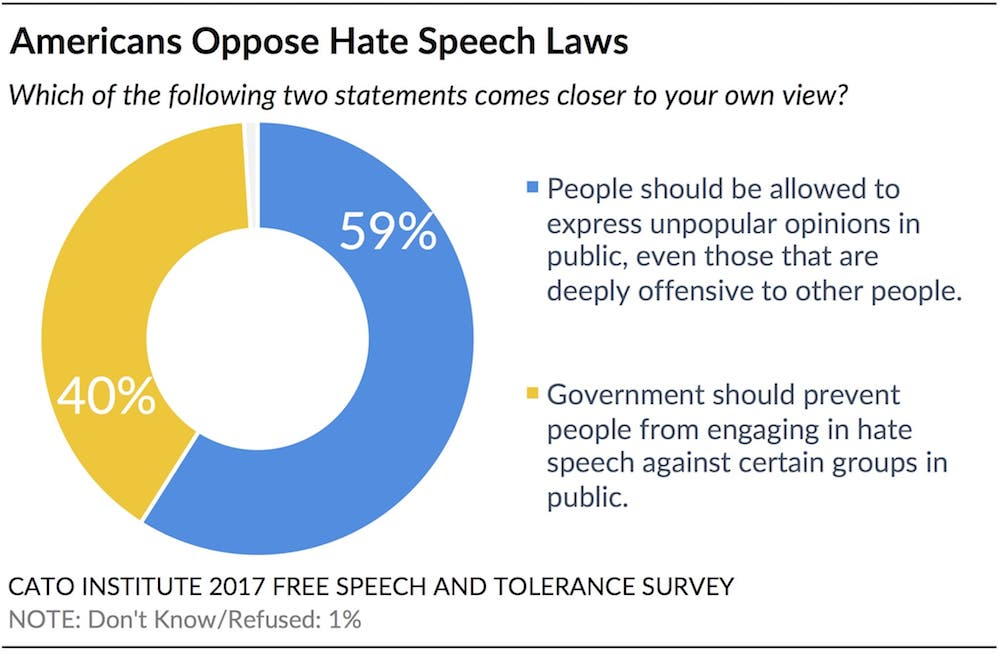 Artur Pawlowski, a Canadian pastor, has been jailed multiple times for holding worship services, expressing his religious views and speaking out against government dictates. He’s just one among many in Canada who’ve faced imprisonment, shuttered facilities, steep fines and continued interference from government officials since the start of the pandemic.

“Canada’s recently unanimously passed law, C-4, prevents its citizens from spreading Biblical views on marriage and sexuality. Canadian parents, faith leaders, and citizens who hold traditional views of marriage and sexuality will now face up to 5 years of jail time for providing spiritual guidance to those seeking counseling.”

Americans must confront a difficult question: Is a wave of religious hostility, tyranny and intolerance headed to the Land of the Free? The shocking truth is that similar and equally brazen violations are already happening in our nation.

It’s no longer a dystopian fantasy to think of religious citizens being muzzled and kept from living out their faith. It’s an undeniable reality — and as evidence we can review many of First Liberty’s cases.

Look at the example of Coach Joe Kennedy, who was fired from his job as a high school football coach. Why? Because the school district claimed it was inappropriate for students and parents to see him take a knee and silently pray for 30 seconds after a football game. A federal appellate court even handed down a troubling ruling stating that any time a public school teacher is on duty and can be seen, everything they do, including a brief, quiet, personal prayer, is government speech.

Coach Kennedy has now been fighting for years to reclaim his constitutional rights. The U.S. Supreme Court has agreed to hear his case and oral argument will be later this year. This could be a landmark case that helps restore religious liberty for millions of public school employees — many whose religious expression has been wrongfully silenced.

Consider Christian business owners Aaron and Melissa Klein, who were forced to shut down their family bakery, Sweet Cakes by Melissa, after the state of Oregon imposed a crippling $135,000 fine. An Oregon bureaucratic agency punished them because they declined to create a custom cake for a same-sex wedding. Doing so would have coerced them to convey a message contrary to their religious beliefs.

The Sweet Cakes case is currently pending at the Oregon Supreme Court. We’re asking the Court to affirm that it’s unconstitutional for the government to force artists (including cake artists) to design and create custom products that violate their religious convictions.

But they’re not the only ones who’ve been ousted and discriminated in the marketplace. We’re representing two Alaska Airlines flight attendants who were fired because they asked questions about the company’s support of the “Equality” Act and how it would impact people with religious beliefs.

Similarly, First Liberty is defending Robyn Strader — a nurse practitioner with multiple, advanced degrees — who was fired from CVS Pharmacy after the company accommodated her religious beliefs without issue for six and a half years. Why? Because CVS wants to force its employees to prescribe abortifacients even when it violates the employee’s religious beliefs.

Even our courageous military heroes are under attack. The Biden administration and the Department of Defense are threatening and punishing service members who request religious accommodations to the military vaccine mandate. We already won an important victory in federal court on behalf of dozens of US Navy SEALs whose requests have been denied. But the fight is not over. A class action lawsuit is still pending and this could help protect thousands of Navy personnel from unlawful discrimination.

And if you think private, everyday citizens were not in the crosshairs, think again. Recall First Liberty’s fight on behalf of Gail Blair, a blind woman in her 60s who loves to spend time at the public park and share her faith with those who would listen. Shockingly, she was confronted and banned from entering the park for the alleged “crime” of sharing her faith with other people. Officials even banned Gail from entering the local public library.

First Liberty did not let this injustice stand. We fought for Gail — and we won a victory that restored her freedom to share her faith without the threat of retaliation.

The above examples are a wake-up call. Whether it’s in our schools, houses of worship, the military, our jobs and even in our everyday conversations with people in a park, the fight for religious liberty is happening everywhere.

We must heed the lessons of countries whose descent and demise began when they attacked the faithful. History shows no nation is immune to tyranny. Americans need not only be cautious and vigilant — they must be diligent in fighting back against the contagion of religious oppression.

Though our Canadian neighbors appear to be accepting the erosion of their freedoms and God-given rights, Americans cannot follow suit. Religious liberty is the building block of a free society, the pillar of all our civil liberties. Without it, we cannot truly live in liberty.

Jorge Gomez is the Content Strategist and Senior Writer for First Liberty Institute. He has previously worked as a communications and messaging strategist for faith-based nonprofits and conservative policy organizations. He holds a degree in political science from the University of Central Florida and a master’s degree in public policy from Liberty University.