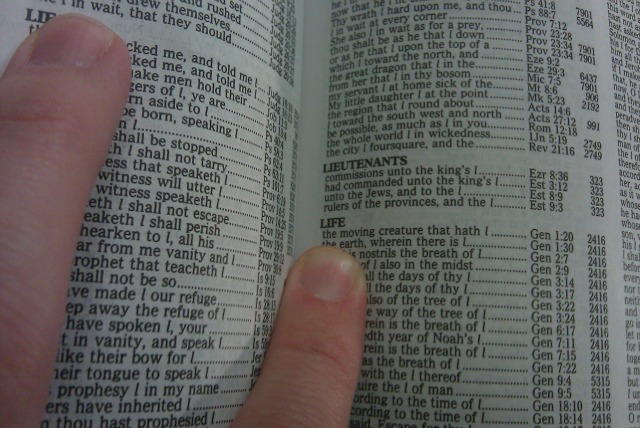 The Benefits and Dangers of Using a Concordance 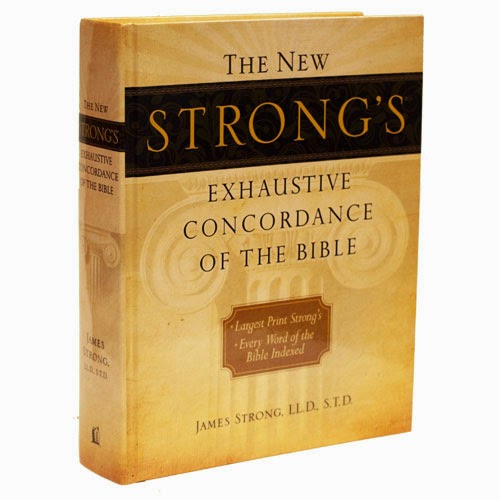 This article briefly introduces how to use Strong’s concordance to enhance your Bible study and ministry.  Some ministers will find this information insightful, and others will see it as a review of info they already know. In either category, this is essential information that fits well in any minister’s toolbox for ministry.

You may use a free online version of Strong’s concordance at
BibleHub.com, and or
BibleStudyTools.com
The National Association of Christian Ministers also provides great Bible resources.
Written by Michael Mooney, Ministry Practitioner
For Ministry Training and Development

There are two general uses for a concordance in Bible study:

1) To search for every occurrence of a word in the Bible, listing both chapter and verse.
2) To gain a better understanding of a word in its original language.
Examples
Here is an example using the BibleHub site’s concordance to find the various places a word occurs in the Bible. 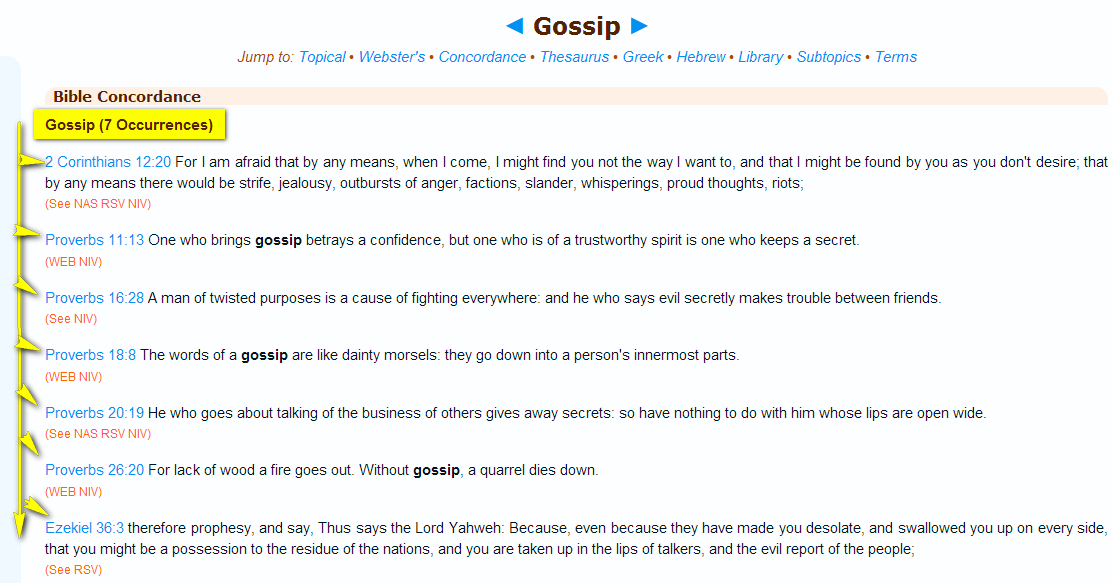 Here is an example using the BibleHub site to view the meaning of a word in the original language it was written. 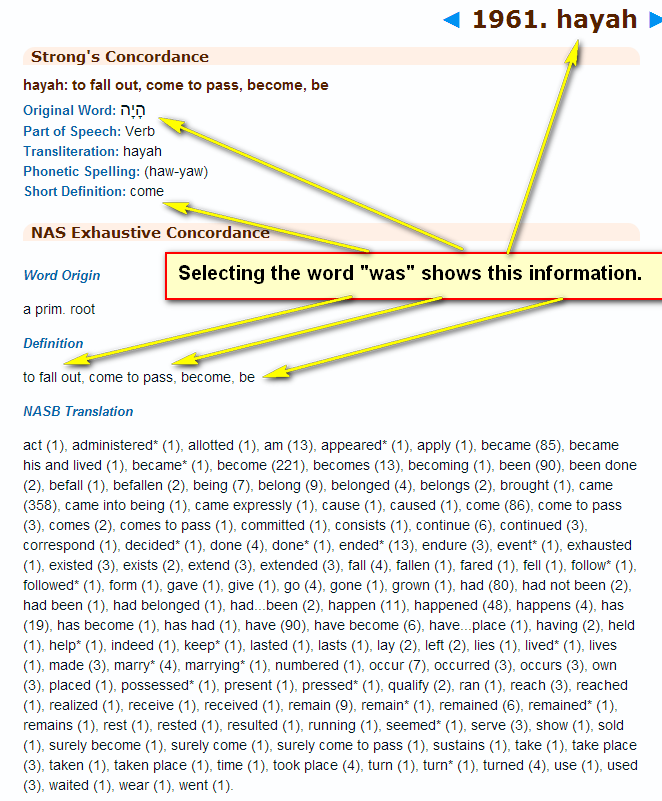 To read this passage as closely as possible from the Hebrew language, it would look like this:
In the beginning H7225
God H430
created H1254 (H853)
the heaven H8064
and the earth.H776
(Gen 1:1 KJV+).
The numbers behind the words are references to their location within Strong’s concordance.  This resource makes a minister’s life easier in at least two ways:
1) It makes available the definition of a word from the original language (this is especially convenient if you are not fluent in Greek or Hebrew)
2) It demonstrates where to find the same use of a word in other parts of the Bible.

In the beginning H7225
ray-sheeth’
From the same as H7218; the first, in place, time, order or rank (specifically a firstfruit): – beginning, chief (-est), first (-fruits, part, time), principal thing.
God H430
el-o-heem’
Plural of H433; gods in the ordinary sense; but specifically used (in the plural thus, especially with the article) of the supreme God; occasionally applied by way of deference to magistrates; and sometimes as a superlative: – angels, X exceeding, God (gods) (-dess, -ly), X (very) great, judges, X mighty.
created H1254 (H853)
baw-raw’
A primitive root; (absolutely) to create; (qualified) to cut down (a wood), select, feed (as formative processes): – choose, create (creator), cut down, dispatch, do, make (fat).
the heavenH8064
shaw-mah’-yim, shaw-meh’
The second form being dual of an unused singular; from an unused root meaning to be lofty; the sky (as aloft; the dual perhaps alluding to the visible arch in which the clouds move, as well as to the higher ether where the celestial bodies revolve): – air, X astrologer, heaven (-s)
and the earth.H776
eh’-rets
From an unused root probably meaning to be firm; the earth (at large, or partitively a land): – X common, country, earth, field, ground, land, X nations, way, + wilderness, world.
(Gen 1:1 KJV+).
As you can see, some of these words may be loosely defined. For sake of illustration, I will do so with my own “loose” translation to demonstrate the dangers of using a concordance the wrong way.
“At first, the gods cut down the revolving celestial bodies.”
_____________________________________________________ 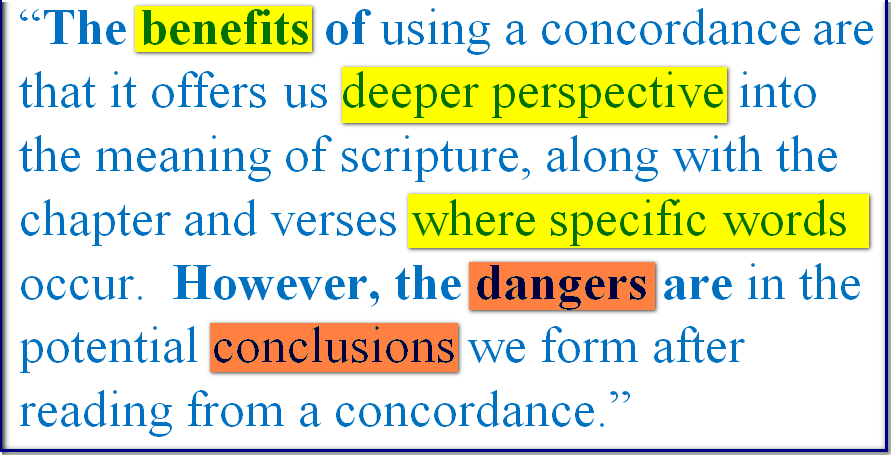 It does not take long to conclude that this translation is far from the way it is rendered in the Bible.  In fact, it even challenges the fundamental Christian doctrine that God is one!  Why am I pointing this out? To demonstrate the benefits and dangers of using a concordance.  The benefits are that it offers us deeper perspective into the meaning of scripture.  However, the dangers are in the potential conclusions we form after reading from a concordance.

Every language has words that do not translate into other languages.  Jason Wire (2010) points out a few humorous ones:
For example, Jayus is an Indonesian word that means – “A joke so poorly told and so unfunny that one cannot help but laugh.”
Tartle is a Scottish  word that describes – “The act of hesitating while introducing someone because you’ve forgotten their name.”
Ilunga is a Tshiluba word that describes “a person who is ready to forgive and forget any first abuse, tolerate it the second time, but never forgive nor tolerate on the third offense.”
As you can see, languages have words that do not translate into other languages.  For this reason, some languages can communicate something in one word, that may take another language two or more sentences to express.  The same is very true of the Bible.  It was originally written in three languages: Hebrew, Aramaic, and Greek. In many ways, these are dead languages in the modern world.  Nevertheless, it should be expected that there will be gaps in the transfer of meaning from those languages to others such as English, etc.

Even English has its complicated words.

Consider the word “spring.”  It could be defined as:
A big metal coil
A time of the year just before summer
A place where water naturally bubbles from the ground
All three of these definitions are correct.  The only way to know what someone means by using the word is in the context of their thoughts.
For example I might say, “I enjoy camping in the spring.”  It is likely that no one will think that I am speaking of pitching a tent and spending the night in a big metal coil.
Now pretend that you did not speak English, and you read my sentence about camping in the spring.  Because you wanted to know more about it, you pulled a concordance and found the three definitions.  What would you conclude?  You would not have enough information from the concordance to form a good conclusion.  Rather, you would need to compare the definitions of the meanings of the word “spring” with the logic of your experience of living in the world.  Then you would be better prepared to conclude that I was communicating that I enjoy camping when the weather begins to get warmer, but has not gotten unbearably hot.