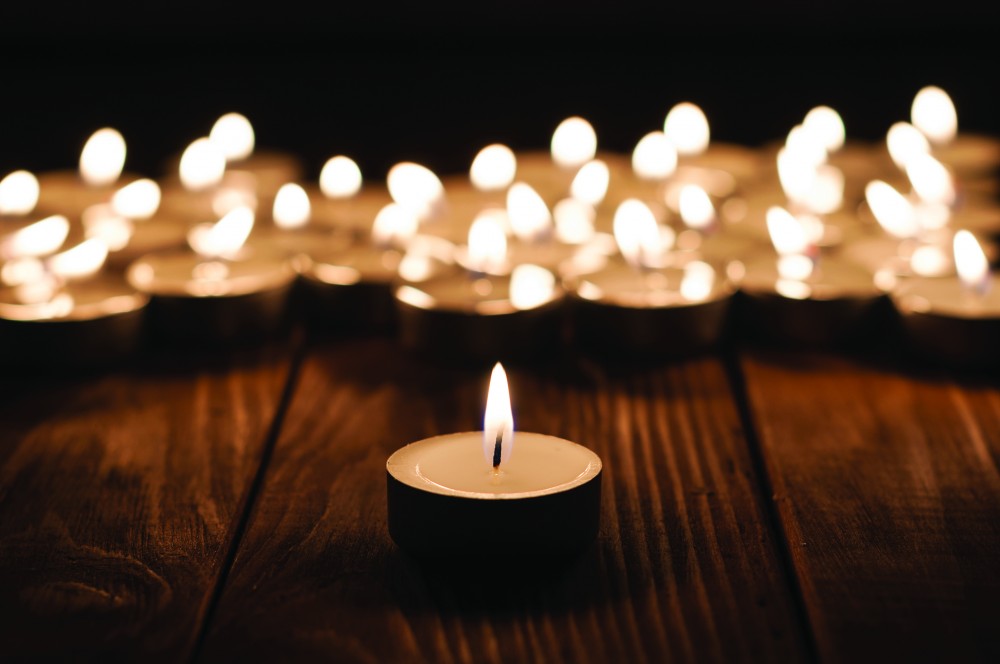 Earlier this month, people around the world participated in one of humankind’s largest ritualized celebrations. To commemorate another trip around the sun, New Year activities included fireworks, kisses, and resolutions—as well as some practices unique to specific cultures, such as cooking black-eyed peas and greens in the southeastern United States, eating a grape with each midnight clock strike in Spain, or burning effigies that represent the previous year in Central and South America.

All human cultures have their rituals—typically repetitive, symbolic behaviors that we experience as purposeful, though we generally can’t explain how they are supposed to work. These rituals can reinforce a sense of community and common beliefs, but their bewildering diversity can also alienate and separate people, particularly when the valued rituals of one culture strike another as bizarre.

Most scientists who study rituals consider their murky origins to be one of their defining characteristics. But recently, researchers have come to suspect that before rituals became purely social and highly peculiar, many may have started out as attempts to avoid disaster.

Ritualization may have helped human cultures maintain behaviors that people thought would keep them safe, even after the initial reason for a behavior was forgotten, according to the authors of a number of recent research papers published in a special issue of the journal Philosophical Transactions of the Royal Society B.

Ritualized ways of preparing food or cleaning the body, for example, may have emerged as ways to prevent disease. Many rituals also provide psychological comfort during times of hardship, and after they become common practice, they help to bring people together by reinforcing a sense of community.

Now, amid the COVID-19 pandemic, humans are again adopting new behaviors in response to a threat, although it’s too early to tell whether any of these behaviors will become truly ritualized. By definition, this would only be the case when the social significance of the behavior takes precedence over its practical use in avoiding disease or disaster, says psychologist Mark Nielsen of the University of Queensland in Australia. This is what sets rituals apart from other cultural practices, such as cooking.

“When you first learn to cook a certain dish, you probably copy a recipe, but once you’ve made it several times, you might do it your own way,” he says. That kind of personalization doesn’t usually happen with ritualized practices, he explains, which are very carefully repeated until eventually, “they lose their functional value, and they are exercised for their social value instead.”

The comfort of routine

In regions where natural disasters and disease are common and the threat of violence and disease is high, societies tend to be “tighter,” meaning they have stronger social norms and a lower tolerance for deviant behavior, says Michele Gelfand, a psychologist at the University of Maryland. They also tend to be more religious, placing a high priority on ritualized behaviors.

Gelfand’s research has found that people’s attitudes about social conformity change when they are exposed to threats or even the perception of danger. When the movie Contagion—which portrays a fictional tale of a worldwide pandemic—hit theaters in 2011, Gelfand and colleagues conducted a questionnaire study that found people leaving the theater felt more hostility toward social deviants.

When we all move in synchrony, or perform the same actions in a predictable way, as rituals often require, it can create a reassuring sense of togetherness. And in the face of danger, group cooperation may be a matter of life and death.

“The culture of the army is a great example,” Gelfand says. The synchronized group movements practiced by military units around the world prepare them to act as one in dangerous situations.

Rituals can also help people overcome other types of fear and anxiety. Martin Lang of Masaryk University in the Czech Republic believes the predictability of rituals makes them inherently comforting. His team found, for instance, that women on the island of Mauritius felt less anxious about giving a public speech after a repetitive prayer ritual in a Hindu temple.

The humanity of rituals

Some phenomena that superficially resemble rituals have been observed in other primates, says primatologist Carel van Schaik of the University of Zurich, Switzerland, who has studied the evolution of culture in orangutans. Like all animals, primates are born with instincts that help them avoid danger and disease, and they can also learn to avoid risks after a bad experience or by observing others in their group.

However, researchers have found no evidence that non-human primates engage in true rituals, van Schaik says. “These only emerged from our cultural minds, which evolved in the unusual environment we created for ourselves.”

Van Schaik believes many social rituals originated when humans started living in ever bigger groups, particularly after agriculture enabled larger populations living in the same place. “That fateful decision exposed humans to all kinds of violence, disaster, and disease,” he says, “from conflicts within groups to wars between groups to infectious diseases that could now spread swiftly across entire villages.”

To prevent such catastrophes from occurring, he says, humans put their very nimble, whimsical minds to work. “Because we were so socially oriented, I think we tended to interpret any bad luck as something someone—a spirit, a demon, or a god—did to us, perhaps because our behavior upset them. And so we tried to find a way to do things that would prevent such disasters from happening again.”

Many religious rituals, for example, address hygiene, sexuality, or the way we treat food in ways that are related to disease risk, while others apply to matters of property and family that are often at the root of conflicts. Not all rituals are effective because we don’t always understand what is producing the risk we are trying to control. “But some did work,” van Schaik says.

In addition to cropping up in response to risk, some rituals likely persist because of their continued association with risk prevention. In the rural Indian state of Bihar, for example, where maternal and infant mortality at birth remains high, cognitive scientist Cristine Legare of the University of Texas at Austin documented 269 rituals associated with pregnancy and birth. “Most of them [are] attempts at avoiding negative outcomes,” she says.

A significant proportion of these perinatal rituals, such as the nutritious food that is prepared for the mother to eat during Chhathi, a Hindu ritual practiced on the sixth day after birth, are perfectly consistent with modern medical advice, Legare says. “Many others are likely neutral,” she adds, “while the ones that are dangerous, such as bathing the infant immediately after birth or feeding it formula until a priest or imam can provide the blessing to begin breastfeeding, are risky because of a lack of clean water.”

This illustrates how resilient even some counterproductive rituals can be once they gain social significance, says Legare, who studies these practices to learn how to promote healthy behavior in culturally sensitive ways. “It is important to keep in mind that to most people, the mechanisms of modern medicine are just as opaque as rituals are.”

While traditional rituals have been successfully passed down across many generations, the practices of modern medicine are relatively new. “When a doctor tells you, I’m sorry, but there’s nothing we can do for you, that may be true, but it is very discouraging as well,” Legare says. “So many people around the world will go and look for other options.”

The evolution of rituals

In the era of the pandemic, practical medical advice, such as handwashing, has become somewhat ritualized. Health experts advise us exactly how we should scrub and for how long, providing a sense of comfort that after 20 seconds, we’ve probably washed enough.

Other social practices—such as elbow bumps and air hugs—are also catching on. And wearing a mask (or choosing not to) has become a way to show loyalty to a social group as well as a scientifically valid way of reducing the risk of disease transmission. It’s unclear whether these practices will eventually be repeated to the point that we forgot why we ever started performing them, becoming true rituals in the process. But our efforts to understand why the pandemic struck, from religious explanations to an emphasis on how humans have exposed themselves to disease by damaging the environment, echo the searches of our ancestors to find out what they had done to deserve disaster.

Fortunately, Gelfand says, our quintessentially human search for understanding has also led to scientific inquiry, putting us in a better position than ever before to prevent future catastrophes. “When people around the world put their mind to this,” Gelfand says, “we might actually really learn something.”