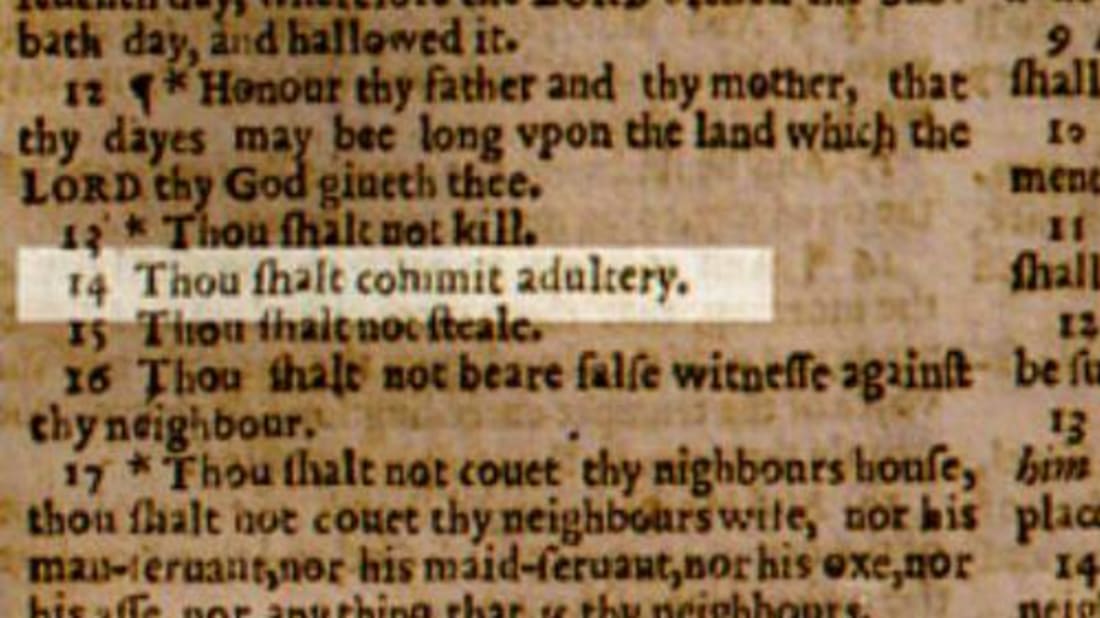 By Tegan Jones, Syndicated from the Pedestrian Group Back in the 17th century a typo in a reprinting of the King James bible caused the vast majority of copies to be hunted down and destroyed. It’s often referred to as the Wicked Bible thanks to an unfortunate, but hilarious, mistake in the Ten Commandments. Here’s … Read more