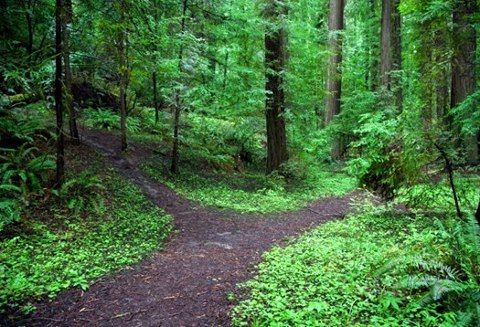 A minister needs to keep an ever-watchful ere for this varmint known as the “either/or.” Sometimes he is called the either/or fallacy –also referenced as a false dilemma. He is a pest because of the way in which he causes confusion over subjects and choices that might otherwise not be points of disagreement.

He is distinct in his appearance, formed as a question that offers only two options as the answer to an absolute truth. Option one is “either” and option two is “or.”

When hunting for this literary pest, his location is not very obvious. In fact, it is relatively simple to overlook him while hiding among obvious factors. Furthermore, he is often most undiscovered by the well-meaning person asking a question.

He is able to hide so well because he is a fallacy and his camouflage is that of a personal bias. A fallacy is naturally hard to discover because it is closely associated with otherwise good reasoning. A bias is equally hard to spot because it is clothed in assumption.

As an example, consider the popular bumper sticker that sounds like a person making seating arrangements stating: Smoking or Non-Smoking, Heaven or Hell? This question suggests that smokers choose to spend eternity in Hell. The reason this example is tricky is because Heaven or Hell is a true scenario that may be only answered in either or terms. Additionally, Hell is considered a place of never ending smoke. However, this says nothing about cigarette smoking.

In the same way, the either or fallacy usually stands in the shadow of some truth. Yet, it is a fallacy because it limits a question to only one of two contradicting possibilities, while assuming there are no alternative answers or middle ground.

Reasons to watch for this critter

For fellowship reasons, this fallacy can cause people to misunderstand each other, resulting in disagreements that were never intended.

For personal reasons, this fallacy can limit thinking about possible alternatives to decisions. If a person has to make a decision and believes that there are there are only two choices, they may miss an alternative option that could have been a much better choice.

Often a minister has to make important decisions regarding their direction in ministry.  Their desire is to follow the will of God. Many times a fallacy arises when they begin to think that they have only two possible choices, and that one of them is the “right” choice. Rather, they might consider bating their options in prayer, then making a decision.  After that, they should spend their time “making” their decision the right one, as opposed to thinking that there was only one “right” decision. For when it is all said and done, “we know that all things work together for the good of those who love God-those whom he has called according to his plan” (Rom 8:28 GW).

Therefore, it is good to keep watch for this fallacy in order to maximize the opportunities that may be available when making a decision. 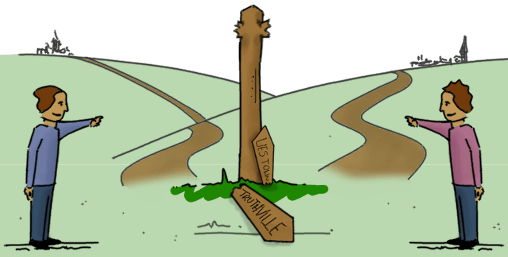 10 thoughts on “Be On the Lookout for this Creature…”