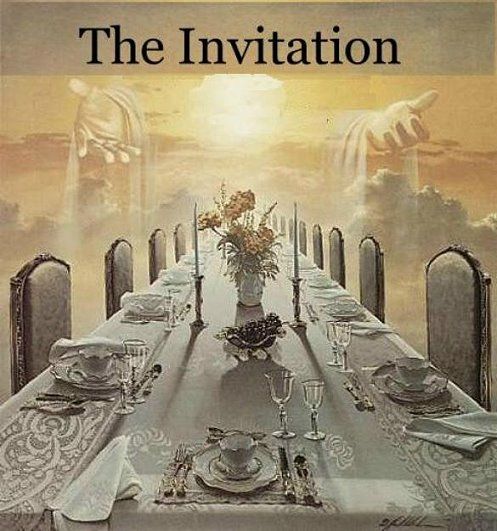 Matthew 22: 1-3
KJV
1. And Jesus answered and spake unto them again by parables, and said,
2 The kingdom of heaven is like unto a certain king, which made a marriage for his son,
3 And sent forth his servants to call them that were bidden to the wedding: and they would not come.

A marriage feast without guest  would be hurtful to the
Bride and Groom, disrespectful  to the king bringing insult and injury.
As the king sent out invitations one by one they were declined.
​Just as CHRIST the Messiah came to his own they declined his invitation.
The king once again sent invitations, This time more urgently saying the food was ready and the table set. Come on to the wedding feast.
But they made light of it and said they had other things they had to do.
The king now demonstrating his love for his son sent invitations for all as many as they found both bad and good and the wedding was furnished with guest.

GODs amazing grace reaches from Heavens throne to the deepest part of peoples hearts no matter what there status symbol. The King said good and bad
​that means not to pick the rich over the poor  but invite any who will come.
​Just as the Jewish people rejected the Messiah the gospel was given by invitation unto the gentiles.  Repentance is only truthfully granted when you are invited by the call of the Holy Ghost. Premeditated sin covered by excuses is the same thing as rejecting  an invitation.

1 Corinthians 10:13
King James Version13 There hath no temptation taken you but such as is common to man: but God is faithful, who will not suffer you to be tempted above that ye are able; but will with the temptation also make a way to escape, that ye may be able to bear it.
​
We really have no excuse the day and age of grace will soon be complete.
​The wedding feast will be furnished with guest, There will be many called but only the chosen will attend.  Do you hear a call? Is the spirit speaking to your heart today?  Don’t miss this invitation we don’t know how many opportunities  we will have.  Say yes to YESHUA today.
​ 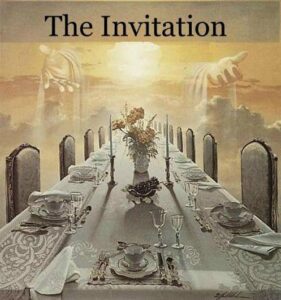 I desire to humbly lead people to the saving grace of JESUS CHRIST.
My wife and I are Pastors of New Hope Christian Assembly in NC,
A Home Ministry and online.

1 thought on “The Invitation”