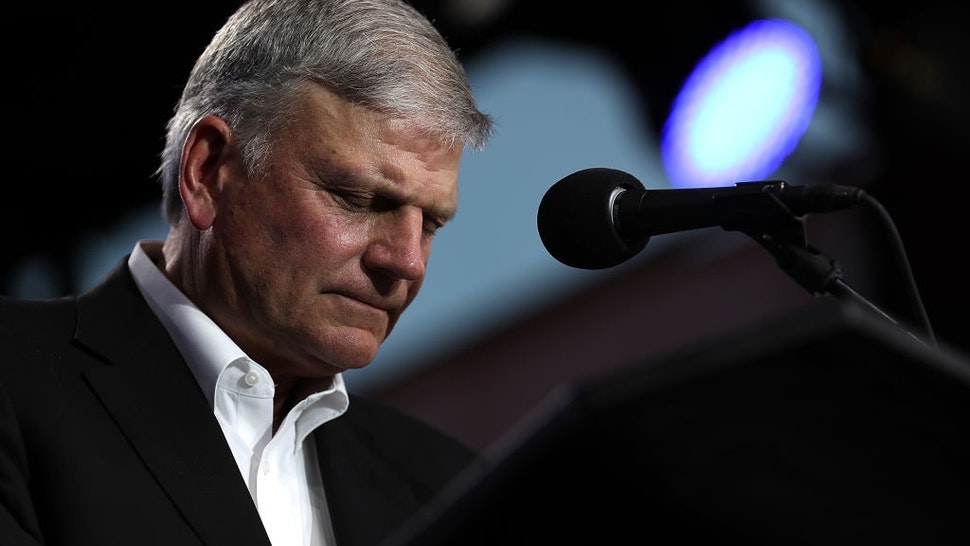 Article By Dan Brown; Syndicated from the Daily Wire.

Evangelist Franklin Graham blasted the recent gender-neutral changes made to the House of Representatives’ official rules as a direct attack on the authority of God.

“House Speaker Nancy Pelosi and Democratic Congressman James McGovern announced a set of changes to the House rules to enshrine what they call gender-inclusive language and stop the use of so-called non-inclusive words,” Graham said Sunday in a Facebook post that linked to an article by The Daily Wire. “Can you believe that they actually propose to strike the use of words including father, mother, son, daughter, aunt, uncle, husband, and wife? Yes, you read that right.”

Citing the first chapter of the Bible in Genesis, Graham went on to explain how the Bible teaches that the difference between the sexes is divinely instituted and that to blur their distinctions “is shaking a fist in the Creator’s face, trying to deny His authority.”

“If those claiming the name progressive are allowed to have their way, we won’t even recognize this nation in a very short time,” warned Graham. “Let your Representative in Congress know that you want them to vote no to this ridiculousness.” 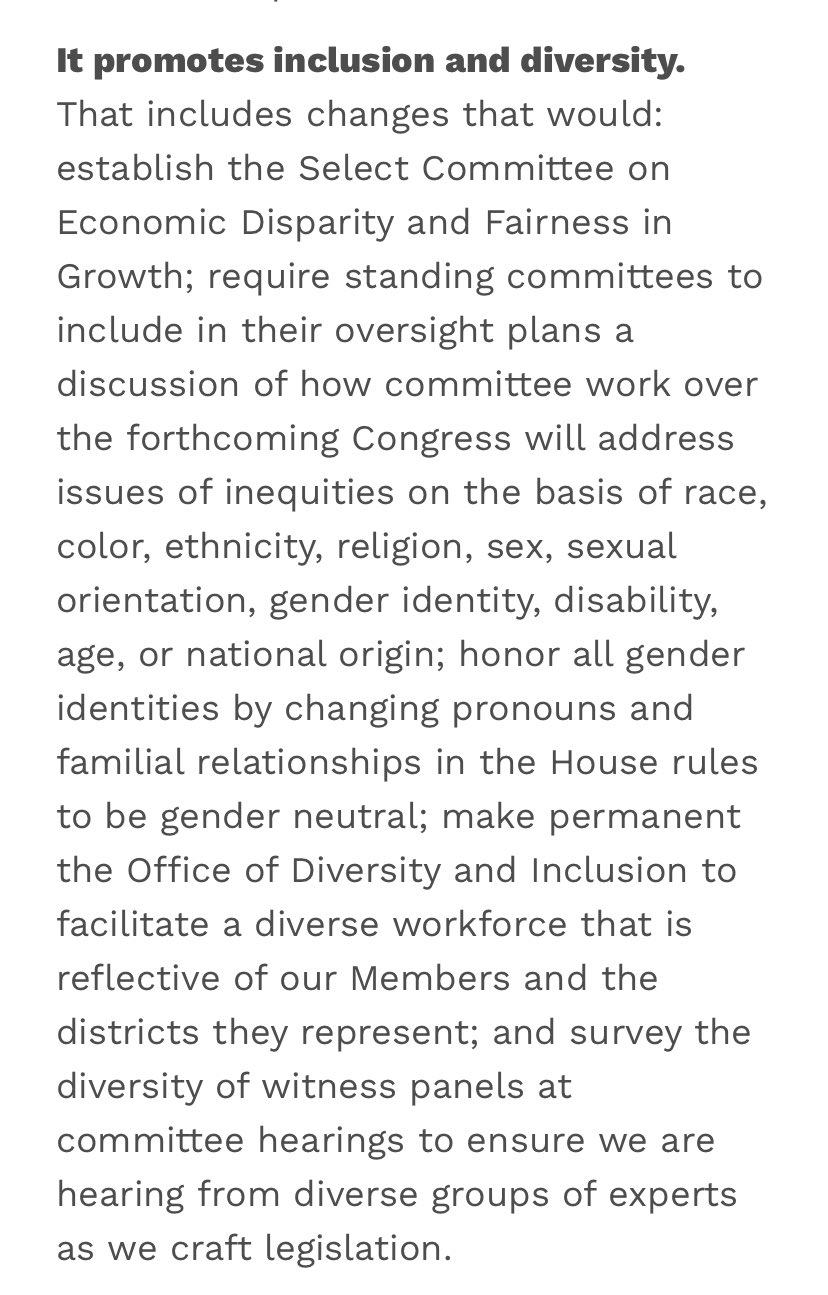 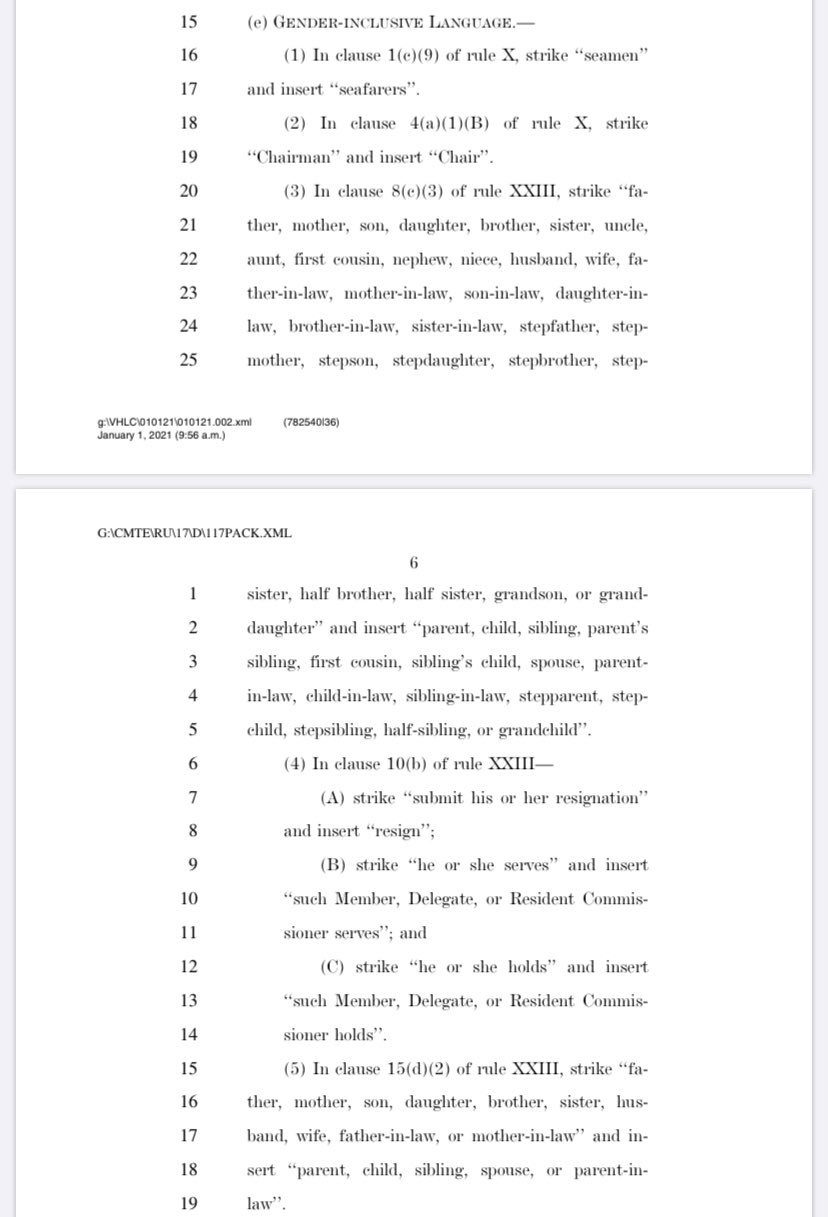 Rep. James McGovern (D-MA), who chairs the Committee on Rules and co-announced the proposed changes with Pelosi, dismissed the negative response, and suggested to Axios that they were simply intended to make the rules “inclusive, efficient and accurate.”

Graham also touched on the recent firestorm that Democratic Rep. Emanuel Cleaver stoked when he offered the invocation to the 117th Congress by praying in the name of a Hindu god and closing it by saying, “Amen and a-woman.”

“I suppose he was trying to use this time of prayer to make a political statement about equality or gender issues that are on the table,” Graham said of Cleaver, who is an ordained United Methodist minister. “Sadly, this is where we are today. Not a great start for 2021. The word ‘Amen’ simply means ‘So be it,’ and that’s why it is said at the end of prayers. It has nothing to do with gender.

“Regrettably, even prayer is no longer sacred to some in our halls of Congress,” Graham added. “One thing is obvious—we need more of it. Amen!”

Shortly before his October Prayer March in Washington, D.C., Graham spoke with The Daily Wire about the complex crises facing the nation. “Our country needs God’s help,” Graham said. “Only God can fix these problems. And there’s no easy answer to it. It’s going to take a solution from on high, which I believe God can give if the church prays and seeks his face.”