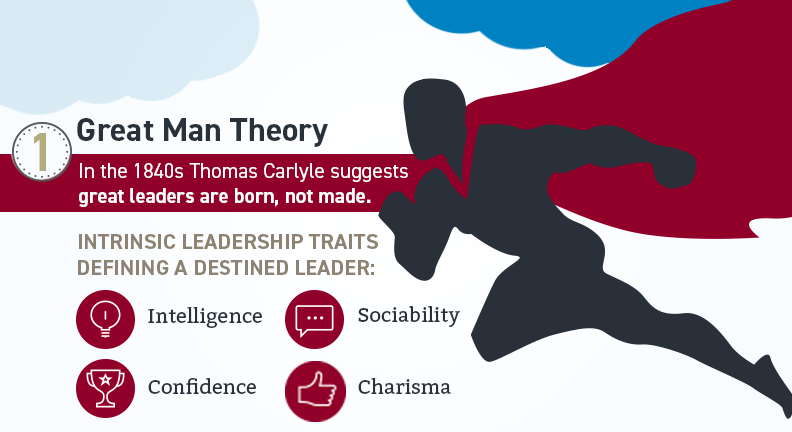 Management assumes the idea of levels within organizations to which people may be appointed (Shivers-Blackwell, 2006).   Yet, leadership caries the idea of individual callings that are not appointed but rather birthed.  Over the years it has been a common belief that people are leaders because of a certain “specialness” with which they were born.  This concept could be a carryover from Descartes “belief in the psychological reality of innate ideas implanted in us by God” (Ouellet, p. 93, 1976).  Thomas Carlyle is noted for popularizing the term “great man” saying, “The history of the world is but the biography of great men” (Carlyle, 1841).  Listing such examples as Shakespeare, Luther, Rousseau, and Napoleon, his argument is that heroes shape history by their mental powers, beauty, art, competence, and divine inspiration.  These men are considerably influential individuals possessing personal charisma, intellectual genus, or political persuasion.

Whether or not the Great Man Theory of leadership is accepted, in the context of recorded history it is an undeniable fact that literature depicts great men who do great things.

Shivers-Blackwell, S. (2006). The Influence of Perceptions of Organizational Structure &