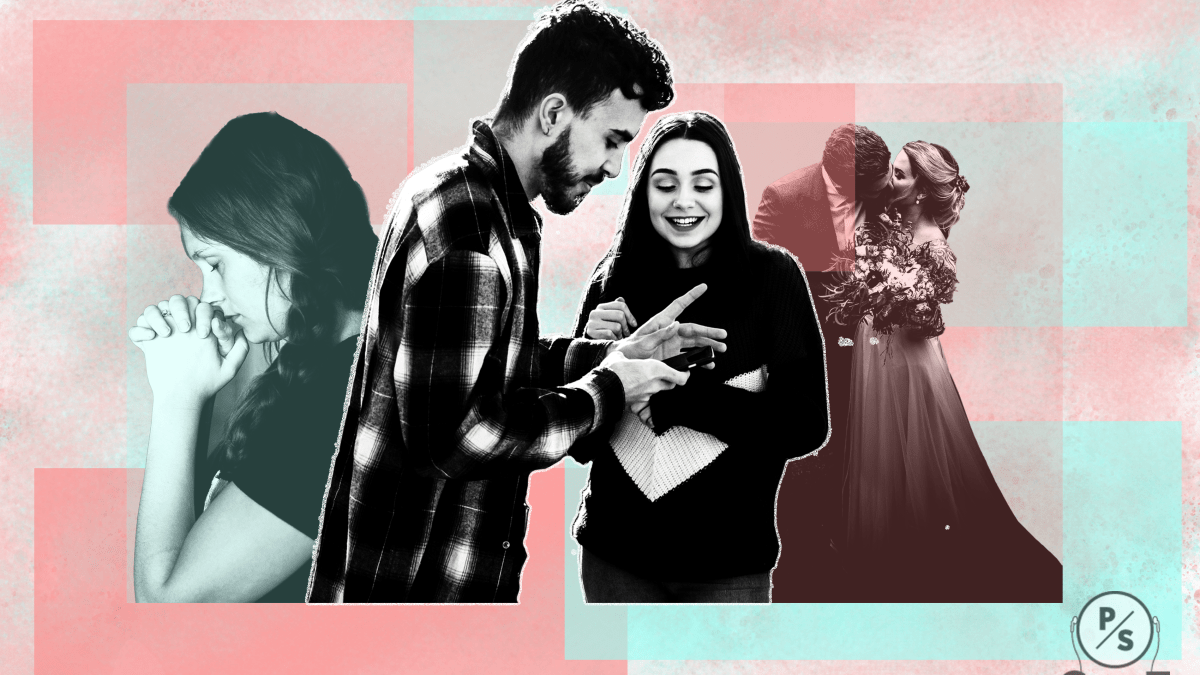 By Sydney Clarke, Syndicated from Vice.com

Generation Z, currently between the ages of nine and 24, is leading the fight against racial injustice, bringing about climate change awareness and legislation, and dismantling the systems that perpetuate historical disadvantages. By no means are we the pioneers of religious taste-testing—sampling, as many of us do, a wide variety of religions and spiritual practices—but we are certainly unafraid to vocalize our deconstruction of religious principles, hold them up to the light, and distance ourselves from the teachings that misalign with our values.

“Religion is itself an ‘identity,’ especially for those for whom the label—‘I am a Christian,’ or ‘I am a Jew’—is very important,” said Matthew Hedstrom, an associate professor at the University of Virginia who studies religion in the nineteenth and twentieth centuries. “But the values, social ties, and histories that come with religion also shape, in direct and indirect ways, how people think about their gender identities or racial identities or sexual identities.”

“Gen Z has rejected the way religion has sought to shape their forms of gender and sexual identity and expression,” Hedstrom said. “If the religion of my parents tells me there is a certain ‘right’ way to be a woman, or to be a sexual person, and I reject that one ‘right’ way, then I might very well also reject the religion that promoted it, and seek alternative religious, spiritual, or secular ways of being and belonging.”

Hedstrom said it’s too early to tell how religious taste-testing will impact church attendance (the COVID-19 pandemic halting in-person church attendance has further complicated the issue). Some might find they need to be back in physical fellowship and others, like me, might have adjusted to attending occasionally and supplementing with online services.

Monica McKenzie, 19, grew up attending St. Phillips Church in Harlem, an Episcopalian church established in 1809 by Black parishioners seeking the opportunity to worship despite the segregation and racism of the nation. While she went with her grandmother, she never enjoyed it, and going to a private Catholic school made her even more confused as she tried to understand Jesus’s relevance. “He was a consistent thread, but I didn’t really understand why this man was so important. I’d always think, ‘Well if someone today claimed they were Jesus, would we believe them?’” Her questions remained unanswered until she found a book that belonged to her grandfather, How Greeks Stole Egyptian Culture. “Alkebelan is the real name of Africa—it was watered down by colonizers. There is a story of the virgin Isis giving birth to a god, Horus, whose birthday happens to fall on—you guessed it— Christmas. I was always fascinated with Egyptian culture and once I learned how they believed in astrology and what not, I did too,” she explained. This marked the beginning of a shift in her religious identity.

As she got older, she learned about brujeria, vodou, and hoodoo from her Hispanic family members, which led to her buying plants and creating an altar in her house to honor her ancestors. “I believe that connects me, as a Black female, more to my people and culture and help[s] me ground better with the Earth,” she said. Seeing her interest in other forms of spirituality, her mother bought her and her siblings beads made of various stones like tiger eye and black onyx and her father taught her about the 5 Percent Nation beliefs, whose followers “believe that man is God and woman is earth.”

Christianity is often framed as the “religion of the White man” because of the way it was brought into the lives of African slaves, and since that time some Black people have encouraged one another to look to their roots for spiritual guidance instead—by practicing African religions and customs. But when you don’t have a living, breathing connection to the continent, forming a spiritual connection might seem like a stretch for the sake of the culture. For McKenzie, there was no stretch; she was sure that connecting with her ancestors was vital: “I believe our ancestors do live through us, we are their manifestations and more. I have that altar to recognize and understand that I did not get here by myself; I stand upon the shoulders of many.” In contrast to my experience, McKenzie built her identity separately from her church-going family and allowed her beliefs to flourish without a community.

Data suggests that institutional religion is declining in importance among young people. According to Pew Research Center data, more than 50 percent of teens in the United States ages 13 to 17 identify with the religion—or lack of religious affiliation—of their parents, yet there’s a marked difference between the age groups when it comes to whether they consider religion important in their lives: 24 percent of teens say it’s very important while 43 percent of parents described it that way. Meanwhile, the percentage of people who identify as “spiritual but not religious” continues to increase across ages, ethnicities, and political affiliations.

For many young Americans, spirituality happens outside of organized institutions, and these beliefs aren’t set in stone, Hedstrom said. “Talking to God in prayer or profound, moving, emotional experiences that happen in nature, that happen with art, that happen with falling in love—all of these things get labeled spirituality.”

Religions have historical traditions that date back in time, whereas Hedstrom describes spirituality, as he’s seen others refer to it, as finding your own path away from “inherited traditions.” “There are also people who would describe themselves as agnostic or even atheist who still embrace the word spiritual,” he points out, adding that there’s spirituality on both sides of “the God line” where “people use it to talk about their relationship with God outside of the church or traditional religion and some people use it to talk about profound things that aren’t necessarily coming from the divine, but that they feel are almost like what the divine means to them.”

When Nicholas Rudolph, 24, was growing up in the Bronx, New York, he didn’t feel much connection to Hinduism. Born to Hindu Guyanese parents, he prayed with them for ceremonies like Diwali or Nurhachi, but because they never explained the meaning of the rituals, he didn’t develop an attachment to them. When he was enrolled in Catholic school, a stark contrast to his upbringing, Rudolph learned a different way to pray—and started his own relationship with faith. “I would go to Catholic school every day and they would start off by teaching us Bible verses that explain to us that it’s not much of you asking for a favor from God, but you’re having a conversation and you’re just reflecting on what it is that goes wrong in your life and how you can do better. Whereas a lot of the times I was in the middle of my Hindu temple and it’s literally just donating to the church and asking for favors,” he explained. When he took the time to research Hinduism the way he had Catholicism, he understood that there was one true god with multiple faces and forms.

Slowly, the two faiths didn’t appear as polar opposites to him, and he was able to blend them. “For Diwali, you light a candle for gods to enter your home and you light a bunch of candles as a path from the outside. You keep your doors open, straight through your doorway, straight to your altar, which is like a pillar with a bunch of statues on it. For Catholicism, I started lighting candles around the house because they tell you after confessional, you  light the fire and it’s almost like a rebirth, almost, because you just told all you repented.” Using the symbolism of candles in his conversations with God gave him the comfort he needed to unload his stresses.

These days, Rudolph practices both Catholicism and Hinduism, but he struggles to articulate his religious identity. “Honestly, I don’t know. I believe in God honestly and practice positive spiritual behaviors. I take part in all the liberal and spiritual practices of both religions. Maybe Hindu with Catholic characteristics,” he said.

“My religion has made me a stronger individual,” Rudolph said. “I have struggled with severe anxiety my entire life. Taking practices from both religions have helped me to face those qualms and become a more confident person. Both religions have helped not only with self development but introduced me to not one but two empathic communities. It plays a big part in mental stability.”

McKenzie explained that her views also helped her learn more about herself. “My spiritual/religious views are all for the betterment of self and others. I am a selfless individual and I enjoy helping people—not to say I did so, but rather to see them truly flourish, with or without me. My practices connect me back to my heritage, my roots. My practices change daily, as do I; I’m not the same person I was yesterday and I mean this in the most positive way. I don’t pray or write out my manifestations every day the same as before. Change is always different and we tend to fear or shy away from what’s different. My practices teach me to go with the flow and take each day as is.”

Some might run from religion and turn to spirituality because they feel crushed by the constraints of traditions. Others might realize that the gates of heaven aren’t going to close in their face if they don’t sit in uncomfortable pews for hours. Still others might truly find comfort in the handshaking and hugging (now from a long-ago pre-pandemic world) that come with traditional church infrastructure; sometimes you have to be in room to hear the pastor’s voice reverberate against the walls and feel the chill of the praise team’s vocals. The long-term change afoot might be less about stamping out religion entirely and more about acknowledging the need for all of us to understand the phenomena we can’t comprehend through the means that resonate the most.

1 thought on “Young people are “taste-testing” religions to chart their own path to spirituality.”