Please select the type of minister which best describes your primary interest in ministry.

Since I could remember God has been a part of my life. My family has loved the lord for years and has served him in different capacities some pastors, some worship leaders, others ushers. As many of those who grow up in the church, it was something your family made you go to. As a kid, I remember wanting to watch a tv-special on Cartoon Network on Friday’s but found myself at church with the family while they had worship practice.

It wasn’t until I was 12 going onto 13 when I realized who God was and after a Tuesday night bible study, I went up to my pastor Rev.Tony Pla and said I want to give my life to the lord I know he loves me and I want a relationship with him.

I remember Pastor getting down on my level and looking me in the eyes with tears saying “Marc the Lord loves you more than you could understand.” I remember asking the Lord into my life that night and as soon as I did Pastor looked at me and said “the Lord has healed you” now at that time I had a rare condition that caused me to have seizures. I remember just being so excited not questioning it because I finally would be just like my peers.

A few days later we go to the doctors get my tests done and it’s gone they run more tests to make sure and it was a miracle I was healed. I remember just always going about my day saying ”thank you so much, Jesus!”.

See The Lord took away something ugly and had replaced with my salvation and gift. I was baptized and The Lord started giving me dreams, using me as a vessel to heal, giving me insight into his people helping them and in return building up his church. At first, it was difficult because I was finally feeling normal and then God gave me something I never expected “real gifts of the spirit”.

For years I walked on that narrow road not perfectly but I did my best as a young person. Until I lost my way, when I graduated high school I went to college, worked, and then opened up a business. It became very successful and I put myself before anything. I became selfish, prideful, broken, and more. He was calling me one way I was not listening.

I then started to become mad at God because as time went on the further I pulled away from him the worst things became for me. My business had issues, friends became enemies, addiction to gambling and a party lifestyle was consuming everything I had.

It wasn’t until one day while I was leaving a meeting from work that a homeless man asked for a dollar. Now me I never carry cash but I happen to have a $1 bill on me and handed it to the man.

He looked up and said “Thank you Pastor Marc” confused I laughed and said I’m not a pastor and before it processed in my head that this stranger knew my name he then said, “I bless him and his house for it is built upon the rock and he shall bless you and many shall come to know The Lord”.

Believe me, I was scared and in shock how did this man know my name?, how does he know the prophesied calling on my life?, why did he say the built upon the rock how could he know about the dreams I had when I was young?, Why now?

He then snapped out of what was like a trance looked at the dollar and then looked at me thanked me and quickly walked away. When I tell you I was in shock and scared I was really was I ran to my car cried out to the Lord and said “God forgive me” I remember calling my friend Chris telling him what just happened.

I got back into my word and my relationship with him. He started restoring my life. God made some moves that I believe were purposeful to connect me with other amazing future leaders

The journey hasn’t been easy even coming back my flesh/mind battling me, leaders hurt me, the pain I felt and feel for others because Churches put operations before people.

So here I am now I have made a decision through fasting, prayer, and through dreams that I believe are from the Lord now is time for me not to wait on others’ approval but for me to walk in faith and prepare for my calling and live the life that God has called me to.

I’ve had the privilege to learn so much through the years both bad and good. Now is the time to run on that narrow path and give God all I have not because I have to or for reward/recognition but simply because I love him and I know he loves me and his love only produces life!

Did you know “Groups” are the foundation of our fellowship?

Groups allows us to keep all discussions well organized, according to subject and category. 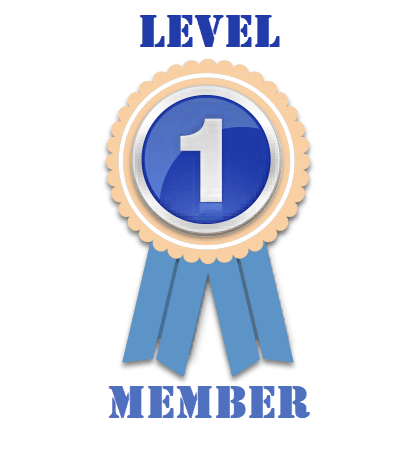