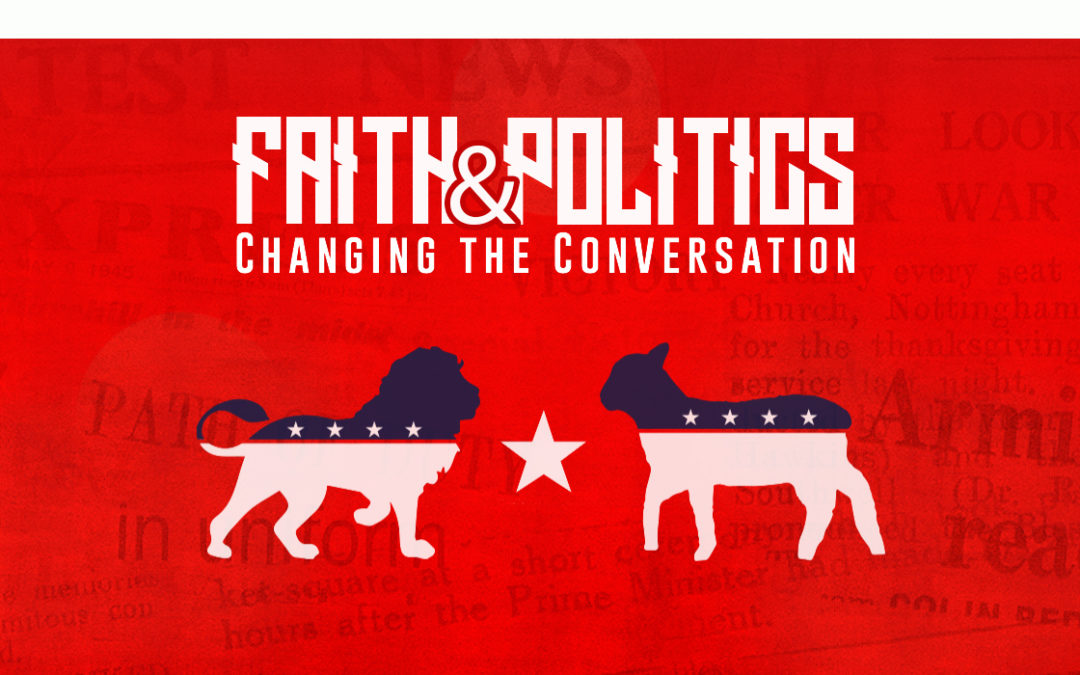 By Bill Haslam, Syndicated from the Christian Times

In Mere Christianity, C.S. Lewis points out that God reveals political ends in the Bible, but he is not as specific about the means to achieve those ends. We are supposed to feed the hungry, but we are not told how we should provide the meal. We are supposed to pursue justice, provide for widows and orphans, and fight oppression, but we are not told about the best form of government to do all of that.

This is why Lewis warned against trying to establish a Christian political party or to say any party represented the Christian position. His fear was, if that happened, you would have a political party with basic disagreements on key policy issues, or there would be a group of Christians maintaining that they represent all Christians on matters on which the Bible is not clear.

Our challenge is to think biblically about our politics rather than thinking politically about our faith. That is growing more and more difficult in today’s politics that are driven by passionate outrage.

In 2011, about two weeks before I was sworn in as governor of Tennessee, I went to visit my predecessor, Phil Bredesen. We sat in his office, which was soon to become my office, amid the packing boxes and last working papers of his eight-year term. I was there to get any advice he wanted to give me as we prepared to take his place. His advice was ageless: “The governor should do those things that only the governor can do.”

As governor, you face an endless list of people and issues competing for your time. Every week we had a scheduling meeting where our scheduling team brought me a notebook full of requests for meetings. In addition to the myriad requests to speak or attend an event, there were legislators to meet with, communities to visit, businesses to recruit, forty thousand state employees to lead, and in-office meeting requests to consider. Deciding how to use the limited amount of time is one of the most difficult challenges for anyone in elected office. That is why Governor Bredesen’s advice to me was so good. It is incredibly easy to fill up your calendar and your agenda with things other people feel you should do but don’t really help advance your purposes.

Similarly, the church should seize this time to be about the things that only the church can do. Nathan Hatch, the president of Wake Forest University, says, “This is the opportunity—for the church to be the church, to return to the task of religious and moral formation, to build communities that bind people together, to instill a deep conviction that life can actually have transcendent purpose and is not all about individual wants and desires, and if you will, a life in which that transcendent purpose radiates into the world at large.”

So how can the church be the church? We can realize that our battle is not with people who disagree with us politically or with the culture that seems to be against us. Our battle is to bring meaning and love to a world struggling with meaninglessness and despair in a way that has rarely been seen. Today’s climate of meaninglessness is so severe that a new term, “deaths of despair,” has been coined to describe the mounting numbers of deaths due to suicide, alcoholism, or drug overdose. Drug overdose deaths are increasing. College campuses are dealing with what is almost an epidemic of depression. Fewer and fewer people report having more than one or two close friends. Our world increasingly longs for the words of grace and truth that only the church can give.

I believe every Christian is called to be in the public square in some way. Maybe it is in elected office, or it could be to serve as an informed and caring citizen and voter. We would be weakened as communities and as a nation without the faithful presence of believers. But the danger comes when those believers see their faith as a means to bring about the political ends they want.

The church, the body of believers, has a key role in the political process. But that role has to be marked by humility and reflection. It also has to be marked by a commitment to be more faithful to the Word of God than we are to either political party. In the words of Gary Haugen, founder of International Justice Mission, the church should be using our influence to “bless the world out of love rather than cursing the world out of fear.”

When it comes to the public square, the church has to move from a fear of what we are losing, to a deep desire to share the “hope that is in [us]” (1 Peter 3:15).

Adapted from Faithful Presence: The Promise and the Peril of Faith in the Public Square. Copyright © 2021 by Bill Haslam. Published by Thomas Nelson. Available wherever books are sold.

Bill Haslam is the former two-term mayor of Knoxville, Tennessee, and former two-term governor of Tennessee, reelected in 2014 with the largest victory margin of any gubernatorial election in Tennessee history. During his tenure, Tennessee became the fastest improving state in the country in K-12 education and the first state to provide free community college or technical school for all of its citizens, in addition to adding 475,000 net new jobs. Haslam serves on the boards of Teach for America and Young Life. In the fall of 2019, Haslam became a visiting professor of political science at Vanderbilt University. He and his wife of thirty-eight years, Crissy, have three children and nine grandchildren.