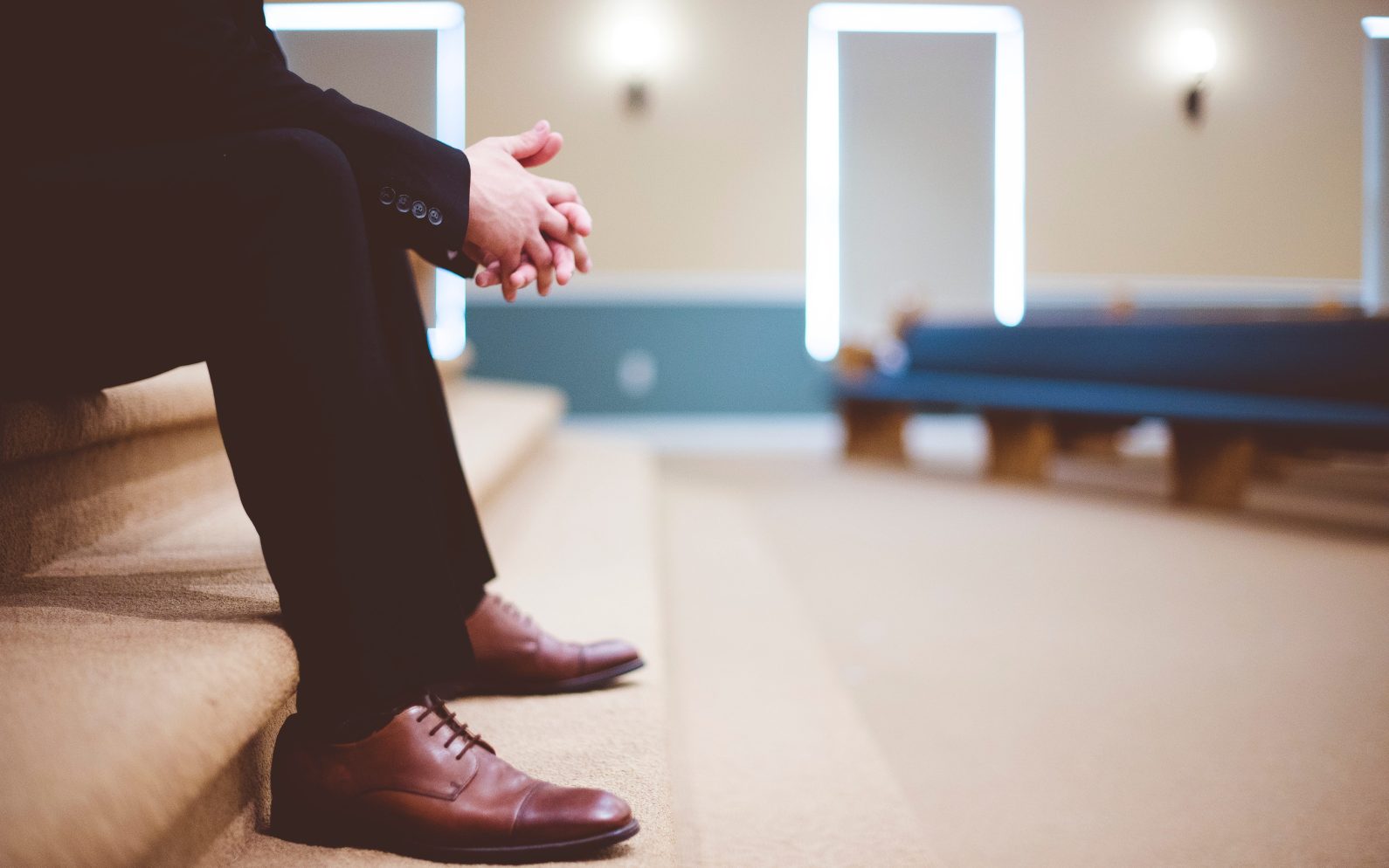 It is my experience that the majority of Christian interactions can be summarized into one of at least three categories: 1) What was; 2) What is (normative); and 3) What should be.  Here are three examples:

1) What was:  “This is the way the early church did things…”

2) What is:  “I am unhappy with the way we conduct our worship service…”

3) What should be:  “We should change the order of our service to be more like the early church…”

Unfortunately, what is, is the least often considered much less embraced.  When what is becomes the subject of conversations it typically follows a negative route of description with a call to change.  For example, “Things should not be this way.  Here is what we should do to fix it…”  The subject of church fits as a regular in this place among people that have been Christians for a number of years.  Young Christians are often excited about their churches, but seasoned believers have had time to observe more of the big picture of things –leading to discontentment.

When believers (more especially ordained ministers) consider the “should be” viewpoints of ministry, notions of change naturally follow.  Such has all the potential to become something good or bad –after all there is a time and place for change.  However, when ministers begin to define the problems of what is, it naturally follows with the assumption that God’s will is whatever they perceive should be.  This of course may or may not be true.  After all, there is a natural tendency to assume that our preferences are also God’s –especially in the context of ministry.  I call this God’s Preference Theory.  It is defined by this rational.  When humans do not prefer things it follows that there must be good reasoning behind such positions.  Therefore, the next course of action is to make good arguments for these disapprovals.  Of course we all want to make the “right choices” in life, and wish to be validated for making them.  Nothing could be more validating than to believe that God approves or prefers our decisions.  Hence, our decisions are what God has led us to embrace.  For even scripture says “Delight yourself in the LORD, and he will give you the desires of your heart” (Psa 37:4) –facetious tone intended here.

Nevertheless, enough pondering of change will many times lead to action.  This is where so many ministers make a huge mistake.  Too often ministers approach change from the perspective of what should be.  In theory this sounds correct, but with humans it is the wrong approach.  Herein is the way it is usually approached:

2) They form this dissatisfaction into a vision for change.

3) They begin to share that vision with others and generally meet two forms of resistance:

4) The result is that the vision never comes to pass.  Sure they may begin in some form or another by establishing a ministry or small church, etc. but in the majority of cases it never really gets off of the ground.

Why does this happen this way?  Simply because the ministers tried to begin with what should be (combined with a spirit of frustration with what needs to be changed).  By taking this approach, what is gets overlooked or dismissed as no longer valid.  This likely happens because the ministers attempting to effect change have already embraced their concepts of ideal circumstances.  However, in spite of discussions of mutual understandings, their audiences have not overcome the reservations of what is.  They still live in the present –which is by the way reality.  To the visionaries what should be is clearly focused in their minds with little regard for what is.  When these two mindsets meet, no matter how much agreement is expressed between the two there is still major disconnection.

Up unto this point many will agree.  Now is where the real issue is addressed in everyday life.

Scenario 1-a.  Pretend that a pastor shows up on any given Sunday at a new church wearing a male bikini bottomed bathing suit.  Even if he announces that there will be baptisms that morning, there will still be a major distraction from his message.  Why?  Didn’t announcing baptisms make appropriate the context for his attire?  The answer is still “no”.

Scenario 1-b.  A man shows up on a Sunday morning at a beach wearing a male bikini bottomed bathing suit.  Anything strange about this?  Typically no.  Why?  Because it fits society’s expectations of “both what should be and what is”.

If both of the above scenarios are contrasted, which is likely to have the ability to lead the people around them toward a vision?  The answer is simple, the man at the beach who fits the social expectations and perceptions of what is.  Why?  Because at that moment, societal expectations of what is and what should be are one in the same.

How does all of this fit into ministry?

It fits in terms of the ideals of visionary ministers.  Here are a few opening statement examples of ideals that are not uncommon to ministers:

*  “When ministers preach they should…”

* “What Christ really expects from Christians is…”

*  “The whole purpose of church should be to…”

*  “Anyone who reads their Bible should conclude…”

The above statements are common examples of ideas linked to should be outcomes.  Irrespective of whether they are indeed truths or mealy options, they are the visions of the ministers who hold them.  If they expect to have people join them in bringing such visions to pass, they must meet the people in the reality of what is.  This means that leading ministers will have to keep their zeal at bay and participate in the activities that they have come to define as “the wrong way”, otherwise known as “what is”.  By taking this approach they position themselves among the people and meet them where they are –in reality.  The concept is that by meeting people where they are, they are less inclined to resist new ideas.  From there they can be gradually transition toward making what is and what should be both one in the same.  Gradual change is subtle, generally more accepted, and likely to become an unchanging new standard.

Here is where we now put this in terms of everyday life by way of example.

Minister Freepraise is attending a church where he is not serving as a pastor within that congregation.  He is between ministerial opportunities and has been visiting this church in the interim.  The one thing about the fellowship that bothers him is what he has identified as a lack of freedom and expression during the times of praise and worship.

1) He believes clapping, dancing, shouting, and rising hands to Heaven are what should be during worship.  He therefore eventually concludes that the present state of what is (reality) as wrong.

2) For this reason he soon begins to dismiss the validity of the regular worship services.  He finds himself distracted from worship altogether. Thus he spends this time during church dreaming about what should be, and forming judgments about the inadequacies and insincerities of the congregation’s worship –what is.

3) Eventually these thoughts begin to surface in the form of behaviors. If it is a church that embraces modern prophecy the individual will likely become convinced that he has received a word from the Lord.  The word will be that of warning to the congregation, or of sadness because of insincere worship. If it is a church that does not embrace modern prophecy, their communication from Heaven comes strictly in the form of a different word –the Bible. In this context the disgruntled minister will possibly begin to demonstrate how the way in which they worship is unbiblical. In either case, dissatisfaction with the way things are will become very apparent to the people who fellowship with him.

4) Action will be taken, in the form of several possibilities.  The visionary minister will be ostracized by the leadership of the organization at best, or also by the congregation at worst.  When such are shunned by leadership alone, there is a propensity to attempt to gain mutual acceptance of their what should be views.  This way when they inevitably leave the organization they are validated by the remaining members, or even joined by them in the new cause.  In either case it is inevitable that visionary ministers will depart from the organizations trapped what they define as what should not be.

5) All that is left from here is new ventures of repeating the same old behavioral patterns and getting the same results.  Rev. Freepraise and ministers like him will continue through life never finding a church or fellowship to call home.  Why?  Because everywhere they go they encounter the what is, it reminds them of what was so they interpret it as what should not be, then attempt to make it what should.

Here is the one thing that would change the outcomes of the rest of their lives. They must learn to live in reality (what is), and embrace people there before ever considering how to help them find what should be.  This means that they must be willing to accept the things that they don’t like about what is so that they can meet people where they are. In other words they must be willing to accept the music they don’t prefer, feel-good or judgmental sermons, and beliefs in faith healing, speaking in tongues, using or not using the gifts of the Spirit.  There are all things that ministers are convinced should or should not be.  If they are ever going to effect change they are going to have to be willing to tolerate them long enough for people to accept their visions.  In another words we must meet people where they are, not where they should be.

Paul gives an example of this approach saying:

God also demonstrated this approach in the way that He came as Jesus.

“And the Word became flesh, and tabernacled among us. And we beheld His glory, the glory as of the only begotten of the Father, full of grace and of truth” (Joh 1:14).

God could have easily spoken from Heaven the things He thinks should be of people, but instead chose to meet us where we are, in the midst of what is so that in time we might become what should be.

6 thoughts on “Ministry and Reality: Know the Difference”