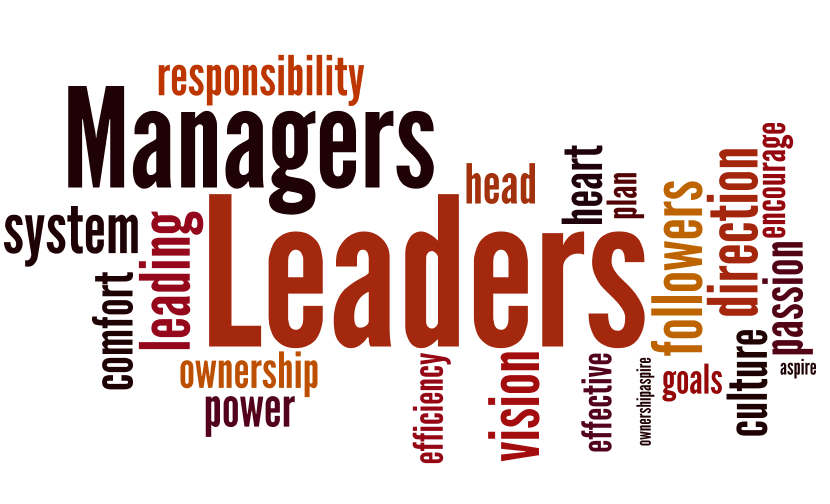 The research herein is a conceptual analysis of leadership within the perimeters of management. The author seeks to define leadership by exemplifying the actions, attitudes, and behaviors that leaders perform beyond the call of managers.

Leadership Defined: Leadership is directing people to an outcome that was at first only a vision.

Takala (1998) says, “Managers are concerned with making the organization function as [such]…they evolve routines…relevant to the purposes of the organization” (p. 786). Managers allocate resources for the benefit of an institution. In essence, all employees perform this action in one capacity or another.

“Leadership on the other hand, focuses on the creation of a common vision. It means motivating people to contribute to the vision…It means persuading, not commanding” (Weathersby, 1999, p. 5).

Vision. Definitive leadership usually consists of two commons: 1) a cooperating group, and 2) someone influencing the group toward a goal. Areas where definitions of leadership differ are in relation to who are the influencers, their goals in influencing, and the way they are achieved (Takala, 1998).

The very essence of leadership is vision. Solomon, the ancient known for his wisdom says: “Where there is no vision, the people perish” (Pro 29:18, KJV).

Therefore, “Leadership determines the overall plan and infuses the system with a character and direction…Hence the leader is a beginner of plans” (Jennings, 1961, p. 3).

Leaders Plan Change. Change is a phenomenon that philosophers have pondered since the earliest of times. Heraclitus is remembered for saying, “you can’t step into the same river twice”. Change is a constant upon which all of humanity can expect. It is the leaders of this world that prepare for this inevitable (Wagner, 1995). North (2008) says, “Change initiatives succeed when the right people are at the table. Courageous and credible leadership is needed more than ever in times of turbulence” (p. 115). Such people are usually seen as heroes. Jennings (1961) points out, “Heroic leadership requires not so much a determination to out-maneuver the other fellow, but an ability to anticipate the effects of action now in progress and to devise plans that will be essentially preventive rather than remedial” (p. 6).

Jesus of Nazareth demonstrated a profound leadership model saying: “he that is greatest among you shall be your servant” (Mat 23:11 KJV). This philosophy of leadership is grounded in humility and philanthropy.

From an organizational standpoint, humility in leadership exposes the biases held by leaders that restrict them from seeing the areas in which they are unprepared. Exposing such blind spots provides opportunities to position themselves for the inevitable changes of the future (Senge, 2005).

From a motivational standpoint, in the servant model “leaders are not triggered by the search for money and power, but rather by the question: ‘What do people need and what can I do to make sure they get it?’” (Trompenaars & Voerman, 2009, p. 81).

A study by Cornell University “found that the average executive today changes companies eight times…and careers three times” (Weathersby, 1999, p. 5). Such findings demonstrate that the successful leaders of the future will prepare themselves for change, and become servants to their people.